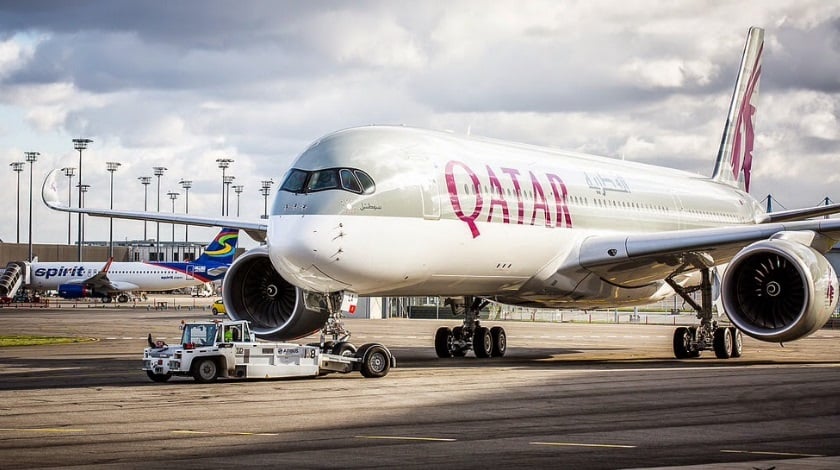 Adelaide is the fourth city in Australia to be served by Qatar Airways, which has been flying to Melbourne since 2009, to Perth since 2012 and to Sydney since March this year. The new route is expected to generate an estimated 228 jobs across the state and contribute more than AU$41 million to the local visitor economy.

The award-winning airline is the first to fly the new-generation Airbus A350 to Australia, connecting Australian passengers to more than 150 destinations on its route map on board one of the youngest and most modern aircraft in the skies.

The A350 was built first and foremost to provide the ultimate passenger experience with wider seats in both Business and Economy Class, the lowest twin engine noise level of any aircraft in its class, advanced air conditioning technology and full LED lighting, all working together to enhance the comfort of passengers while reducing fatigue after a long-haul flight.

Qatar Airways Group Chief Executive, His Excellency Mr. Akbar Al Baker, who was on board the inaugural flight, said: “We are proud to be the first airline to fly the Airbus A350, for which we were the global launch customer, to Australia. Adelaide is an important addition to our route map giving Qatar Airways its fourth gateway into Australia, and we are pleased to offer the people of South Australia the most modern aircraft in the industry to connect them with 38 countries in Europe, 21 destinations in Africa and 27 destinations in the Middle East.”

South Australia’s Minister for Tourism Mr. Leon Bignell said international visitors were critical to South Australia’s economic growth and the addition of direct daily flights from Doha to Adelaide was another global vote of confidence in the state.

“Qatar Airways was named ‘2015 Best Airline in the World’ and these direct daily flights will bring in more than AU$41 million into our visitor economy and create 228 jobs across the state,” Mr. Bignell said.

Adelaide Airport Managing Director, Mr. Mark Young said the inaugural arrival was excellent news for both the local tourism industry and South Australians travelling abroad. “The Qatar Airways Doha-Adelaide service opens up a brand new link with the Middle East, and provides excellent connections further afield such as with Europe and the UK.

“We’re excited to be the first airport in Australia to welcome the new-generation Airbus A350-900 aircraft – one of the most technologically advanced twin-engine aircraft in the world.”

The new service to Adelaide will also provide 80 tonnes of cargo capacity per week in and out of the South Australia hub in the belly hold of the A350, connecting Australia’s leading exporters to Qatar Airways Cargo’s global network of more than 150 stations around the world. Qatar Airways Cargo, the third largest international cargo carrier, already carries more than 450 tonnes of freight in the belly hold of its Boeing 777 passenger aircraft into and out of Sydney, Perth and Melbourne per week.

Passengers travelling to or from Adelaide on board the Qatar Airways Airbus A350 in one of its 36 Business Class seats will enjoy one of the most comfortable fully-flat beds in the sky with 80 inches of seat pitch. The 1-2-1 configuration gives every passenger direct access to an aisle and the on-demand à la carte menu service allows Business Class passengers to order anything from the menu at any time during the flight. The aircraft also features the state-of the-art Oryx One entertainment system, with more than 3,000 entertainment options on individual screens in all classes.

With an average connection time of just 90 minutes via the airline’s hub at Hamad International Airport (HIA), passengers travelling from Adelaide can expect a smooth and seamless journey to their final destination via Doha. The contemporary and luxurious airport, which opened in 2014, has more than 40,000 square metres of retail space and restaurants including more than 70 retail and 30 food and beverage outlets, as well as a 25-metre swimming pool, gym, hotel and spa.