Aeroflot Signs up for 100 Russian-Built Superjets 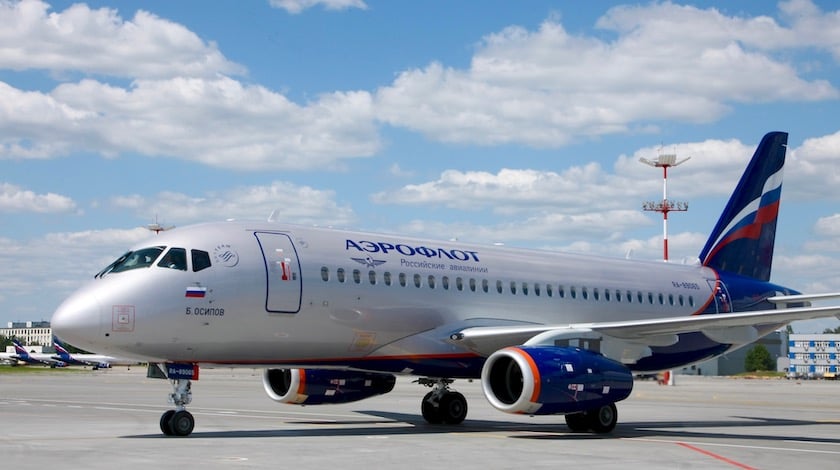 Aeroflot and United Aircraft Corporation have signed an agreement for the delivery to Aeroflot, the national carrier, of 100 Superjet 100 (SSJ100) aircraft.

The document was signed by Aeroflot CEO Vitaly Saveliev and President of PJSC United Aircraft Corporation Yury Slyusar during the Eastern Economic Forum in the presence of President of the Russian Federation Vladimir Putin.

Under the agreement UAC will deliver 100 Russian-built SSJ100 aircraft to Aeroflot between 2019 and 2026.

The aircraft will be configured with 12 seats in business class and 75 seats in economy class. The final contract will be signed after the parties agree on material terms of the transaction and corporate approvals have been obtained.

“We have signed the largest aircraft delivery agreement in Aeroflot’s history, under which the Company will receive 100 modern Russian-built SSJ100 aircraft. Including the expected delivery of 50 MC-21, by 2026 Aeroflot will operate 200 Russian-built aircraft.

Aeroflot has historically been the largest operator of Russian aircraft and has helped to improve all Russian aircraft models currently in operation. It is Aeroflot’s top priority to act in the interests of Russian aviation and our country,” said Vitaly Saveliev, CEO of PJSC Aeroflot.

“We have worked with Aeroflot for many years. As the first and largest operator of SSJ100 aircraft Aeroflot has significantly helped the development of Russia’s aircraft industry. The signing of this new agreement marks the next stage of our cooperation and joint contribution to the development of the aircraft industry and the expansion of regional and international air connections. We are happy to continue working with Russia’s leading airline,” said Yury Slyusar, President of PJSC UAC.