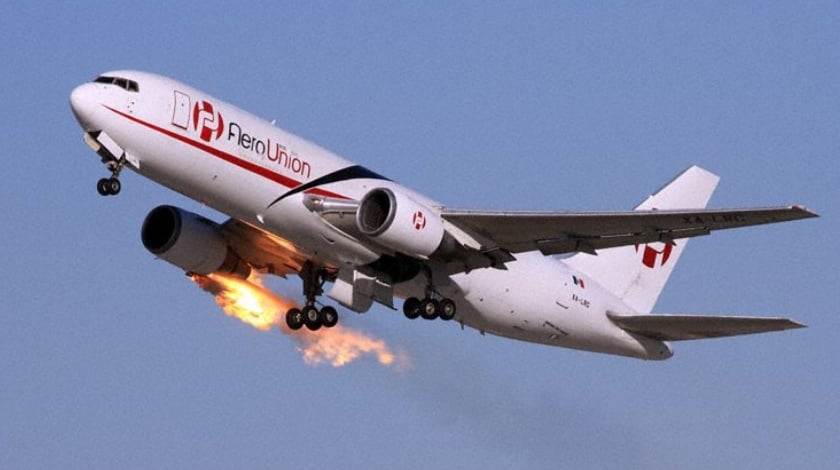 AeroUnion Boeing 767-200 freighter, performing freight flight from Los Angeles to Guadalajara with 2 crew, was in the initial climb out of Los Angeles when a crew about to taxi into position called out “engine on fire”.

Tower immediately followed advising AeroUnion of smoke coming from their right hand engine (CF6). The crew advised they would continue on runway heading, tower offered a right turn onto runways 06 or 07 on pilots discretion, the crew decided to stop climb at 1500 feet and return to runway 25L.

The aircraft joined a right downwind for 25L, tower instructed one aircraft on final for 25L to go around and another one to immediately change to approach frequency again. The 767-200 landed safely on runway 25L about 8 minutes after departure, emergency equipment checked the aircraft and reported pretty heavy smoke from the engine, the crew advised they had already discharged one bottle of fire agent.

The occurrence aircraft is still on the ground in Los Angeles about 24 hours after landing back.

The FAA reported the crew reported an overheating engine #2 and returned to Los Angeles. The FAA is looking into the cause, there is no indication of a bird strike.