Air Cairo Aiming to Stand Out from the Crowd 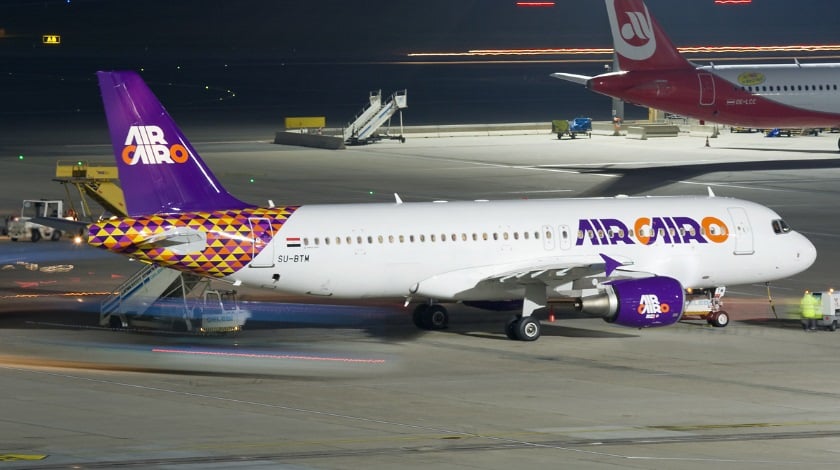 A new corporate livery marks a new beginning for Air Cairo as it emerges from the troubles of the past few years and prepares to expand once more.

Like most of Egypt’s airlines, Air Cairo was badly affected by the double blow of the floating of the Egyptian pound, which saw its value halve against the US dollar, the currency in which the international aviation community operates, and by fears of terrorism.

The airline had planned to move from a fleet of seven Airbus A320s at the end of 2016 to 20 by the end of the decade. Progress has slowed, but chairman and CEO, Yasser El-Ramly, is hopeful that the delay will not be too great.

Despite the company’s title, it conducts relatively little business from the Egyptian capital. A single aircraft is dedicated to the Cairo market and has a business-class cabin to complement the economy-class seats, but the rest of its Airbuses operate with a single-class configuration.

The bulk of the airline’s business comes from Europe. “The tourism market is returning and we had a good summer,” said El-Ramly. Air Cairo flew around 250,000 tourists to Egypt over the summer 2017 season on roughly 65 flights a week, more than double last year’s number of services. Those were split roughly 75/25% between scheduled and charter flights; load factor was around 78%. This he regards as healthy, considering that on its routes from Germany it typically faces competition from five or six airlines, including many of Europe’s major low-cost carriers.

“We wish to have more than that, of course, and we’re planning by summer 2018 to have increased the frequency to Europe to around 90 flights a week. We’ve been operating in Europe since 2003 and I think we have a good name with tour operators as a charter carrier.” However, El-Ramly believes that the airline is not as well-known among travellers in Europe as it could be and plans a marketing campaign to make its name more visible.

A more distinctive colour scheme for its aircraft is being introduced, to help it stand out from the crowd.

The chairman is confident that, by next summer, tourists will be reassured that security has been tightened at Egypt’s airports. In fact, he says that Sharm El Sheikh and Hurghada, the two airports over which security concerns were raised by foreign governments, are now some of the most secure in the world.

“Every [passenger] is checked twice. You receive a pat-down even if you do not set off the alarm.”

Air Cairo is starting to branch out in new directions. It has instituted a new Sharm El Sheikh-Yerevan service to the Armenian capital and, by the time of publication, Milan should also have been added to the route map, with Stockholm and perhaps Azerbaijan following shortly.

There is no doubt, says El-Ramly, that Egyptian airlines such as Air Cairo can and should be taking a bigger slice of the market when it comes to transporting tourists to their home country. “Before the [2012] revolution, we had around 12 million passengers a year coming through Sharm El Sheikh and Hurghada and the market share of Egyptian airlines was less than 1% of this.”

He believes that Egyptian airlines should increase the size of their fleets to improve that figure: “We are the largest private airline in Egypt, but still only have 10 aircraft and the rest of them in total have not more than around 25 in total.”

European low-cost carriers, with their huge fleets and rock-bottom prices, remain the main threat to airlines such as Air Cairo.

The halving of the value of the Egyptian pound against the US dollar due to the floating of the currency meant that yields went through the floor. Obviously airlines like Air Cairo could not simply double their fares to compensate – “The market wouldn’t accept that immediately” – but it has been slowly inching up its fares to recover yield levels.

El Ramly remains “very optimistic” and is confident that within the next year Air Cairo will have returned to the levels of success seen before political unrest started to affect the country in recent years.