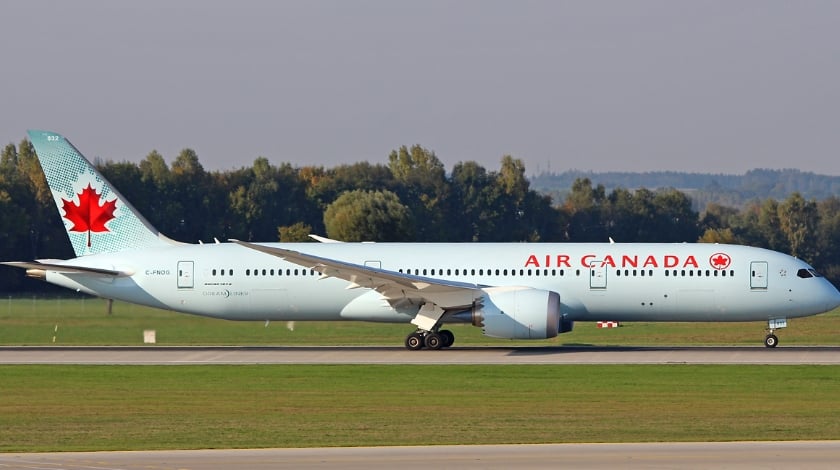 “Despite somewhat unsettled economic times in Canadian resource markets, a very competitive domestic pricing environment and a continued weak Canadian dollar, we were able to increase our revenue base … deliver on our ROIC target [17.4 %], produce a record EBITDAR level [C$460 million] and take delivery of four new Boeing 787-9 aircraft,” Air Canada president and CEO Calin Rovinescu said. The company now expects its full year 2016 EBITDAR will increase between 4% and 8% over 2015, Rovinescu said.

“[The] 787-9 aircraft that entered our fleet in the quarter are providing us with significant productivity improvements,” Rovinescu said, adding the company is seeing a marked increase in the number of international and US-originating customers.

“[And] Air Canada rouge continues to exceed our expectations and is allowing us to compete more effectively in leisure markets,” Rovinescu said.

As of the March 31 end of the first quarter, Air Canada had outstanding purchase commitments with Boeing for 21 787 aircraft and firm orders for 33 737 MAX 8 and 28 737 MAX 9 aircraft with substitution rights.

In February, Air Canada signed a Letter of Intent with Bombardier for the purchase of up to 75 Bombardier CS300 aircraft as part of its narrow-body fleet renewal plan.

“The Letter of Intent contemplates 45 firm orders plus options to purchase up to an additional 30 aircraft and includes substitution rights to CS100 aircraft in certain circumstances,” Air Canada said. “Deliveries are provided to be scheduled to begin in late 2019 and extend to 2022. The first 25 aircraft on delivery would replace Air Canada’s existing mainline fleet of Embraer E-190 aircraft, with the incremental aircraft supporting Air Canada’s hub and network growth. The CSeries purchase is subject to completion of final documentation and satisfaction of certain other conditions.”