Air France Officially Inaugurates Its A380 Between Paris and Mexico 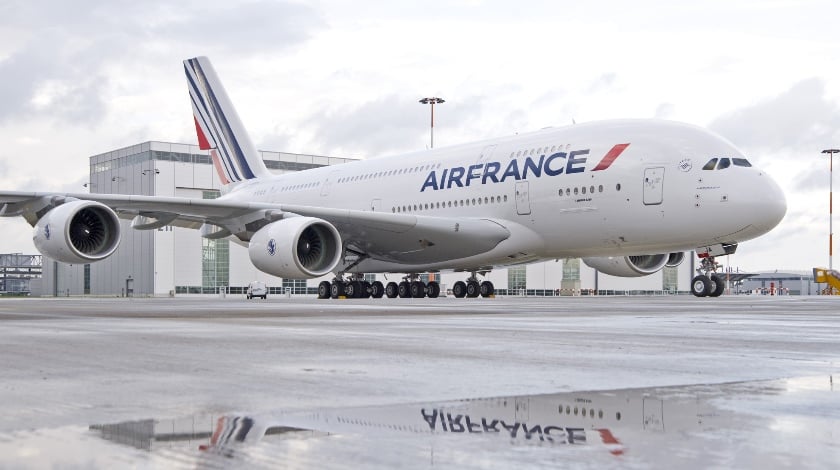 Air France officially inaugurated its Airbus A380, the Company’s largest super jumbo in its long-haul fleet, on the Paris-Charles de Gaulle – Mexico route.

To celebrate the event, Frédéric Gagey, Air France Chairman and CEO, Pieter Elbers, KLM President & CEO, and a delegation led by Matthias Fekl, Minister of State for Foreign Trade, the Promotion of Tourism and French Nationals Abroad were present on board. An official Mexican delegation also boarded the imposing super jumbo, a strong sign illustrating the close bonds between France and Mexico.

On his arrival in Mexico, Frédéric Gagey stated: “Operating our Airbus A380 to Mexico marks a significant step in Air France’s history in Mexico. A history spanning over 60 years and that we are pursuing today by enabling our customers to travel between Europe and this country on board our fleet’s flagship”.

This winter, Air France is offering six frequencies between Paris-Charles de Gaulle and Mexico. Since 12 January 2016, three weekly flights have been operated by Airbus A380. The three other flights are operated by Boeing 777-300. From 27 March 2016, the A380 will fly between the two cities daily.

This Air France flight offer complements that of KLM Royal Dutch Airlines operating up to 9 weekly frequencies by Boeing 747 between the Amsterdam-Schiphol hub and Mexico.