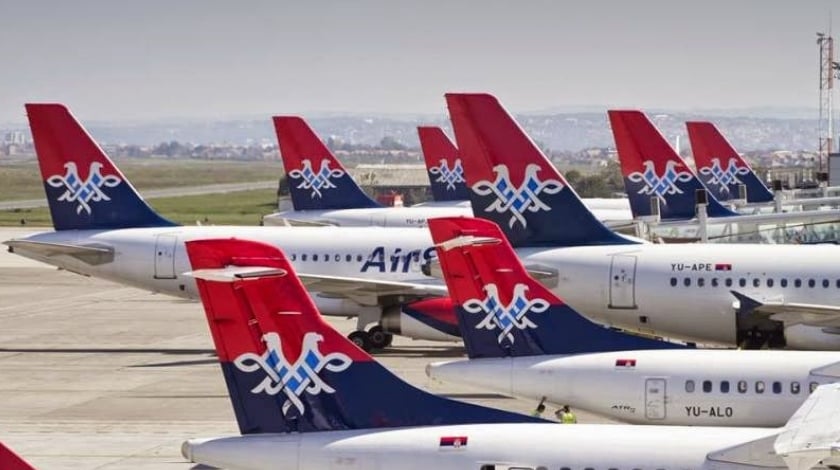 Air Serbia, the national airline of the Republic of Serbia, has delivered strong operational results in 2015, seeing significant growth in passenger and cargo volumes during its second full year of operation.

The airline carried 2.55 million passengers last year, representing an 11 per cent increase over 2014, and contributing strongly to the record operational performance of Nikola Tesla Airport.

During the year, Air Serbia enhanced its regional network and operated 32,384 flights that covered 29.5 million kilometres, including seasonal flights operated by its dedicated charter brand, Aviolet.

The airline’s Available Seat Kilometres (ASKs), a measure of its total passenger carrying capacity, increased by 3 per cent to 3.65 billion by the end of 2015. Despite this significant increase, Air Serbia’s seat load factor rose to 71 percentage points, up from 67 percentage points in 2014.

Air Serbia Cargo also saw growth in the total volume of freight and mail flown, which increased to 3,756 tonnes, representing a year-on-year increase of 39 per cent.

Dane Kondić, Chief Executive Officer of Air Serbia, said: “2015 was a year of strong operational growth at Air Serbia which clearly demonstrated that our development strategy is working and we are continuing to strengthen our business model.

“We continued to meet our growth objectives, carrying 250,000 more passengers and 1,000 additional tonnes of cargo, and at the same time made a substantial contribution to the Serbian economy through increased trade and tourism.”

As a result, Air Serbia’s total codeshare network grew to 78 destinations in 2015, up from 23 the year before. At the end of 2015, Air Serbia’s fleet consisted of 20 aircraft, after being boosted in May with the delivery of its sixth turboprop aircraft, an ATR 72-500, which was deployed on the airline’s regional network.

Mr Kondić continued: “We set a very solid foundation in 2015 for continued growth this year, the pinnacle of which will be the launch of non-stop services to New York.

“Two years down the road and Air Serbia has really found a spring in its step, we are a more confident airline with a clear focus on our commercial mandate and our guests.”

In 2015, Air Serbia significantly enhanced its product and service offering by opening a luxurious Premium Lounge at Nikola Tesla Airport, allowing guests to relax before departing or while transiting through the airport.

In addition, the airline introduced the “Wi-Fly” inflight internet and mobile connectivity service, making it one of the only carriers in the region to offer this service, and debuted web check-in to all destinations from its Belgrade hub, as well as at six popular destinations outside of Belgrade: Abu Dhabi, Beirut, Bucharest, Prague, London and Istanbul.

Air Serbia’s online presence was also boosted in 2015 with a completely revamped website on airserbia.com, which was designed to make booking flights and taking advantage of special deals easy on mobile devices, including smartphones and tablets.

The airline’s financial results, which are audited by international accounting firm KPMG, will be announced once the audit is finalised in the coming weeks.