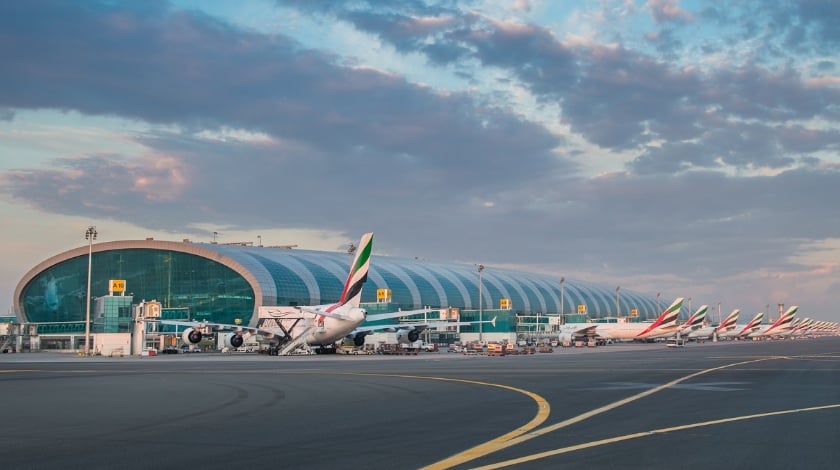 The General Civil Aviation Authority (GCAA) is working on improvements to the airspace over the UAE to allow for smoother flow of air traffic.

The GCAA said it would bring aircraft closer to improve their flow, reducing air corridor space while maintaining safety.

“That’s a huge project and now the strategy is going ahead more aggressively,” said Ms bin Hareb on the sidelines of the launch yesterday of the GCAA’s 2017-21 Strategy.

Also at the strategy launch were Sheikh Salem Al Qas­imi, the chairman of Ras Al Khaimah’s Department of Civil Aviation; Sultan Al Mansouri, the UAE Minister of Economy; and Saif Al Suwaidi, the director general of the GCAA.

Ms Hareb said the growth in air traffic over the UAE is sustain­able. At the Dubai International Airport, for example, there were 391,561 scheduled flights last year, up from 346,022 in 2014.

About 60 per cent of the UAE airspace is reserved for the military and the proportion is unlikely to change.

“The conversation is around how you restructure your airspace, not to take more airspace,” said Ms Hareb.

Major investment is expected at the Sheikh Zayed Air Navigation Centre, in Abu Dhabi, next year, according to the GCAA.

Despite a slowdown in the economy, investment in the aviation sector is expected to grow.

“Local governments are looking at the aviation sector as the major economic driver,” said Ms Hareb. “Abu Dhabi, Sharjah, Dubai and even Ras Al Khaimah, even if they don’t have an airline, are looking at diversification, how to push the growth of aviation.” The rise in traffic at the smaller airports depends on their marketing strategies and ability to attract investments, she said.

The GCAA is also working on regulations for drones.

“[Drones] are the future, we don’t want to put limitations on them, but at the same time [we are studying] how to make our airspace safe,” said Ms Hareb.

On September 28, Dubai International Airport was closed for about half an hour because of unauthorised drone activity. Drone flights are prohibited within 5 kilometres of airports in the UAE.

The following day, the GCAA issued a regulation that took effect on October 1. It requires drone operators to hold an operator’s certificate and liability insurance of at least Dh2 million.