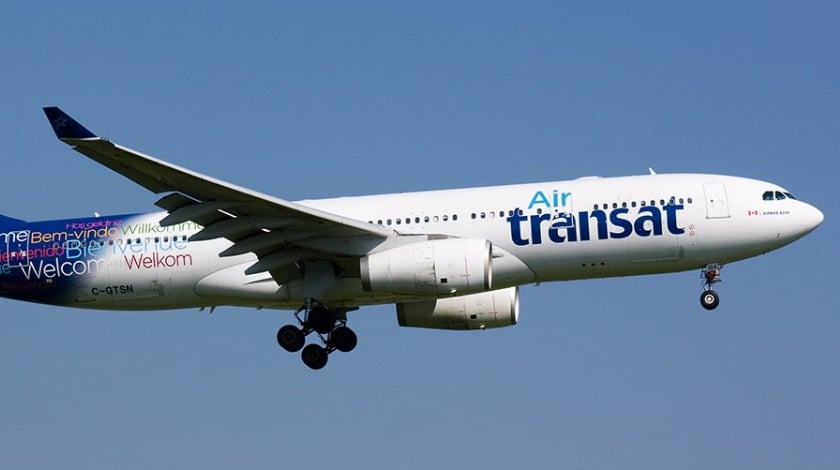 A Vancouver law firm has launched a class action lawsuit against Air Transat (TS, Montréal Trudeau) for falsely advertising flights as non-stop in a scam known as the “Mexican Game”.

In winter 2016, Transat wet-leased Flair Airlines (F8, Kelowna) B737-400s to operate flights from Calgary, Edmonton Int’l, Kelowna and Vancouver Int’l to destinations in Mexico. However, the charter operator did not disclose to either passengers or Mexican authorities that technical stops would be needed along the way, adding as much as three hours to a scheduled five-hour journey.

According to an e-mail quoted by CBC, Air Transat’s Operation Manager, Mauricio Diaz, instructed Flair Airlines to keep quiet about the flight plan.

“Due to Mexican authorities restrictions, we always need to file a direct flight (plan) Cancún-Edmonton Int’l,” the May 2016 e-mail read. “Never file Cancún-New Orleans Int’l-Edmonton Int’l because it will be refused by [the Mexican authorities],” the e-mail continues. “When the flight is airborne from [Cancun], you can plan the technical stop in [New Orleans] and advise ATC [air traffic control].”

Flair’s Director of Flight Operations, Harold Knop, told his pilots that “Transat has advised us that this method has worked successfully and without any issues with previous operators and that there was no negative passenger reaction in these situations.”

Responding to a CBC request for comment, Air Transat said: “It is … important to clarify that we do not promote our flights as non-stop and, as you must know, direct flights may entail stops along the way.”

RK Litigation is now launching a class action suit on behalf of disgruntled passengers. In its suit, the law firm claims that Transat’s actions allowed them to sell tickets at an inflated price, and to use ‘inferior’ aircraft with lower operational costs.