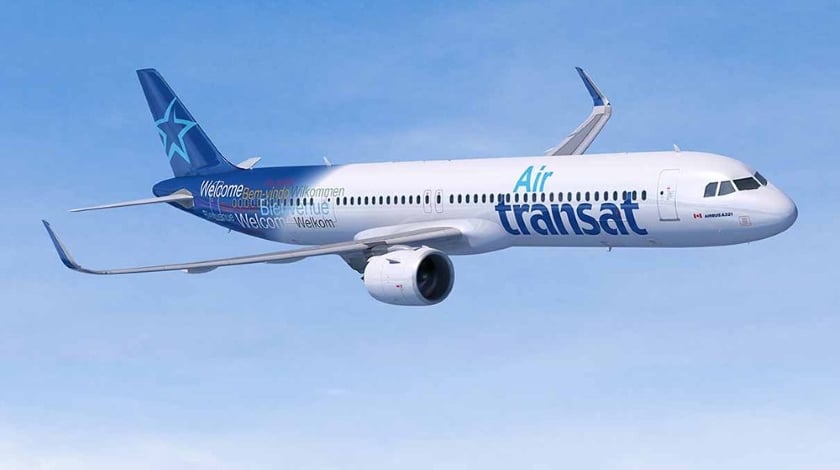 Ten Airbus A321LR aircraft will be joining the fleet of Canadian airline Air Transat, making it the first North American operator of the longest-range single-aisle aircraft in the world. Air Transat will lease the aircraft through a deal with AerCap, and plans entry into service starting in 2019.

The A321LR builds on the success of the A321neo, which has captured over 80 percent of the market share with more than 1,400 orders to date. The LR option extends the aircraft’s range to up to 4,000 nautical miles and brings with it a 30-percent reduction in operating cost compared to its nearest competitor.

“This is an ideal aircraft for the North American market, and particularly for a carrier like Air Transat,” said John Leahy, Airbus Chief Operating Officer-Customers. “It gives operators a highly efficient and affordable modern option for their transatlantic routes, and we look forward to other North American carriers following Air Transat’s example.”

The A321LR enables airlines to access new long-haul markets that were previously inaccessible with current single-aisle aircraft. With 206 passengers in a typical two-class layout, the A321LR offers the possibility for each passenger to carry up to three bags.

The A320neo family incorporates the very latest technologies, including new-generation engines and Sharklets, which together deliver at least 15 percent fuel savings at delivery and 20 percent by 2020, as well as a 50-percent noise reduction.

With more than 5,100 orders received from over 90 customers since its launch in 2010, the A320neo family has captured some 60 percent share of the market.