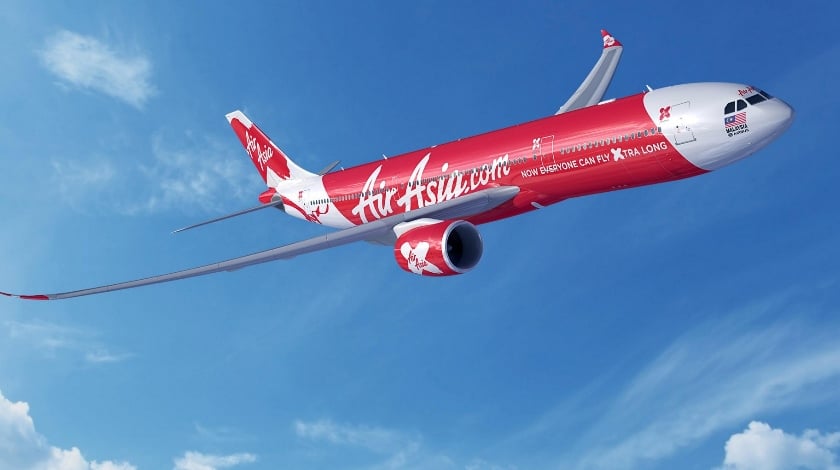 Offering range capability enabling non-stop services to Europe, including from Kuala Lumpur to London, the A330neo will allow AirAsia X to expand its value-based long haul model with even lower operating costs, while enabling its passengers to fly further more often with highly competitive fares.

AirAsia X will be the first airline in Asia to operate the A330neo, with deliveries of aircraft on order with Airbus scheduled to start in Q4 2019. The A330neo will be operated by AirAsia X out of its bases in Malaysia, Thailand and Indonesia.

AirAsia Co-Founder and AirAsia X Group Chief Executive Officer Kamarudin Meranun said: “Long haul low-cost is something we strongly believe in, and this order shows our confidence in the AirAsia X model.

We lobbied hard for the A330neo after seeing the success of the A320neo, and working closely with Airbus, we have arrived at an aircraft that we are confident will allow us to expand our low fares offering beyond Asia Pacific to the rest of the world.”

AirAsia Co-Founder and AirAsia X Co-Group Chief Executive Officer Tan Sri Tony Fernandes added: “Our decision not only to reconfirm our existing order for 66 A330neo, but to add 34 more, follows what is probably one of the most thorough aircraft evaluations the industry has ever seen.

We have looked at every aspect of the A330neo from technical performance and reliability to passenger comfort and it is clearly the right aircraft for us to expand efficiently our fast-growing long haul network.”

Eric Schulz, Airbus Chief Commercial Officer commented: “We are extremely pleased to announce this important agreement with AirAsia X. This is the strongest possible endorsement for the unbeatable operating economics, performance and cost-effectiveness that the A330neo brings to the market in its size category.

We look forward to working with AirAsia X on the entry into service of this great aircraft with the carrier as it expands its route network to more destinations around the world.”