Airbus A320 Family Aircraft for a Bright Beginning? 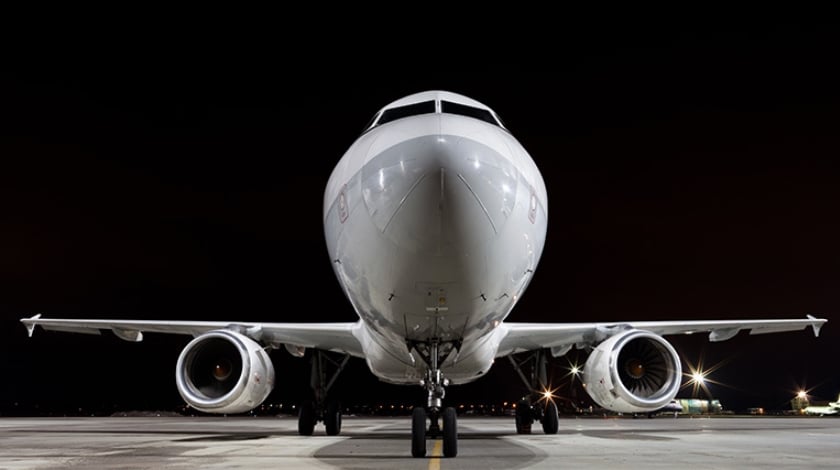 Having a bird’s eye of the world beneath by being in control of a large flying machine is a great dream for many. But, if you are the one who desires to pursue a pilot’s career path, there is a high probability that your first stop would be the First Officer’s seat in the A320. Wondering why?

Airbus A320 family moving the world

From the heat of the desert to icy Arctic runways or from short runway urban environments to remote high-altitude airports, the A320 takes passengers anywhere. Airbus A320 family is the best-selling aircraft family in aviation which is still constantly developing. In general, the A320 is an aircraft that leads the market of single-aisle jetliners and comes in four different sizes: A318, A319, A320 and A321. If you still cannot believe that these aircraft are among the leaders, take a note that the A320 takes off or lands every 2 seconds somewhere in the world.

Therefore, in order to ensure that the A320 family will continue dominating the single-aisle segment, the A320neo (new engine option) has been developed. Is it repeating and even further boosting Airbus success, though? Undoubtedly, the answer is ‘YES’.

By performing its maiden flight on 25 September 2014, A320neo confidently entered the world of aviation opening new horizons for Airbus.

New orders for even better possibilities

As of 30 November 2017, there are 331 airlines operating in total 7527 A320 Family aircraft worldwide. To be more precise, there are 7258 operable A320 planes and 202 units of A320neo aircraft. Nevertheless, with its new features, innovative improvements and astonishing technological advancements, such as Sharklet wingtip devices, A320neo is being more and more actively incorporated into fleets of such influential carriers as Air China, AirAsia, easyJet, Etihad Airways, IndiGo, Lufthansa, Qantas Airways, Qatar Airways, SAS Scandinavian Airlines, Virgin America, Wizz Air and many others.

New orders springing up every month can be considered as clear evidence. It is important to highlight that, in general, 13,353 Airbus A320 Family planes are still on the order list. The orders, in turn, divide into 8099 units of A320 planes and 5254 A320neo machines. Also, the year 2016 appeared to have the highest A320 Family aircraft production rate ever with 545 deliveries last year. Therefore, the 607 net orders logged during the 12-month period were composed of 561 in the New Engine Option (NEO) version and 46 for Current Engine Option (CEO) aircraft. Correspondingly, it becomes obvious that A320neo aircraft has opened a new page in the manufacturer’s activity log and is even setting new standards.

Notably, November was the month of opportunities for Airbus. Following the Dubai Airshow 2017, it succeeded in securing impressive orders for A320 family aircraft. For example, one of the major European airlines, Wizz Air, placed an order for 146 Airbus A320neo family aircraft (72 A320neo and 74 A321neo). Frontier, American low-cost carrier, is waiting for 100 A320neo and 34 A321neo planes. JetSMART and Volaris, in turn, have accumulated 102 A320neo and 48 A321neo aircraft. So, what opportunities for pilots do these orders bring?

A320 pilot training peculiarities for consideration

As it follows, more and more opportunities for dreamers are springing up as modern aviation industry is literally developing at the speed of light. So, with a growing demand for new aircraft and pilots to fill in the cockpits, the need for aviation training is also increasing.

Just try to imagine how many pilots will be needed to operate all the Airbus A320 Family planes that are still on order. Let’s assume 12 pilots per aircraft as an average ratio.

These are astonishing numbers that would soon become a reality. Based only on the number of November orders for A320neo aircraft and 12 pilots per plane, airlines will need approximately 5,000 pilots to serve these machines!

It is obvious that pilots holding licences that allow to operate A320 can ask: if I have finished A320, do I need a new type rating to be able to fly A320neo? Thus, good news for you! In order to support A320neo development, Airbus employed a “minimum-change” strategy. The A320neo was approved on the current A320 type certificate and now flight crews do not need a new type rating for the new type of aircraft. It means that a pilot can get Airbus A320 Type Rating training and follow it with a qualification course to get allowed to operate the A320neo.

As you can see, Airbus is not planning to slow the pace of its development down. Together with its single-aisle aircraft dominating the market, manufacturer actively boosts all the remaining sectors of aviation. Taking into account the amount of orders for new aircraft it becomes clear that demand for aviation training will rocket in order to secure the industry with a sufficient number of pilots to operate the planes. Are you the one who will join the A320 pilot family?