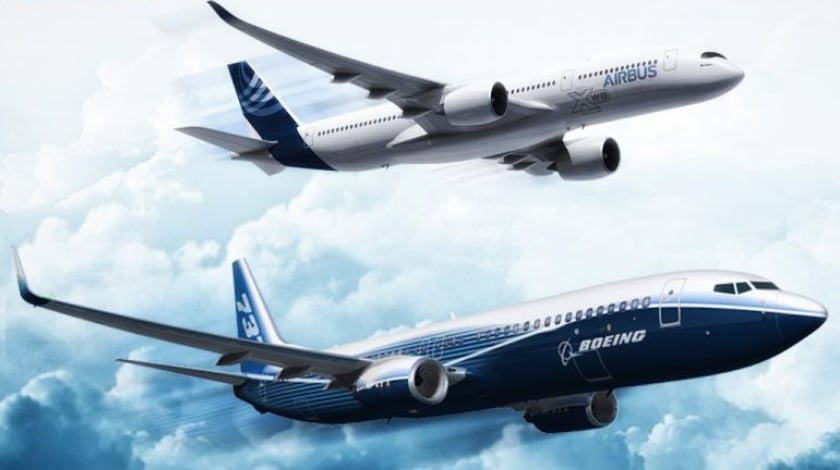 Airbus beat Boeing to end the Farnborough Airshow with 279 orders and commitments worth USD$35 billion at list prices, but orders from both plane makers fell compared with the sister show in Paris last year.

Airbus, which had been behind Boeing leading up to the show, reported firm new deals for 197 aircraft worth $26.8 billion, led by demand for the largest version of its single-aisle A320.

Sales chief John Leahy said he was not worried about aviation markets overheating and rejected questions raised by Boeing over the quality of its order backlog.

Boeing said it had announced orders and commitments for 182 aircraft, though these included 42 that were already on its books and for which only the names of the buyers were disclosed.

The Airbus tally included a deal for 62 planes that had been announced as a preliminary order a year ago.

Both companies said they were on track to meet their targets of matching orders with deliveries this year, as the industry braces for a period of slower growth after a recent order boom.

“Yes there is an orders cycle but deliveries have been very smooth,” Leahy said.

Boeing appeared to have won 19 firm orders at the show, where it also reported over 100 provisional new deals.

Airbus went into this year’s showcase event lagging its US rival after a relatively slow start to the year for the industry generally in light of fears about the economy.

It posted 227 aircraft orders before cancellations in the first half, compared with 309 for Boeing up to June 28.

“We came in knowing that they would address this gap in orders. I don’t think we really heard any surprises over the past few days,” said Boeing marketing vice-president Randy Tinseth.

Much of the debate between the two plane makers focused on a potential space between the largest narrow-body aircraft and smaller wide-body ones, the so-called middle of the market where Boeing is studying building a new plane.

Airbus produced 100 orders for its 185-seater A321neo, which has been outselling the smaller Boeing 737 MAX 9 after design tweaks, and announced conversions of 40 more from the smaller A320neo, underscoring its claim to serve the segment eyed by its rival.

Boeing rejected this, saying it sees demand for an aircraft somewhere between 200 and 270 seats.

“We will do one if it makes sense,” Tinseth said.