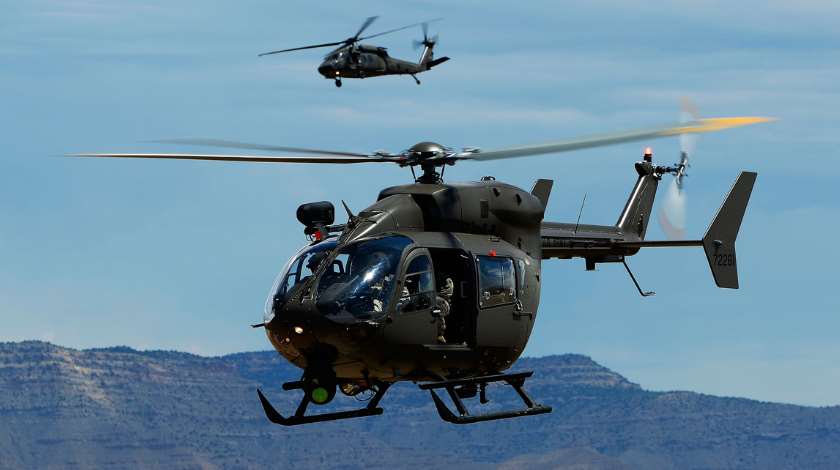 The UH-72A is manufactured on the same Airbus Helicopters Inc. production line in Columbus, Miss., that has delivered almost 350 Lakotas to the Army, Navy and for Foreign Military Sales customers to date, all on time and on cost.

The UH-72A was competitively selected in 2006 for a broad range of active Army and Army National Guard missions, including training, search and rescue, medical evacuation, border security, command and control, VIP transport and general utility.

The 12 aircraft on this latest contract option will be delivered starting in August of 2017, configured for the Army as initial entry rotary-wing trainers. This year the Army has fielded more than 50 Lakotas to Fort Rucker, Ala., in preparation for the UH-72A’s formal introduction into the training curriculum in early fiscal 2016. Ultimately, Army plans call for an initial-entry rotary wing training fleet of 187 Lakotas, made up of a mix of new deliveries and already in-service aircraft reconfigured for the training mission.

“Time and again the UH-72A has proven to be the most cost-effective solution to meet a wide variety of needs for the U.S. military and our allies” said Allan McArtor, Airbus Group Inc. chairman and CEO.

“The Army’s flawless execution of the Lakota program has proven that even in today’s challenging defense acquisition environment, there are success stories for the taxpayer and warfighter alike.”

“Almost half the men and women who build the UH-72A in Mississippi are U.S. military veterans, and some even fly in Lakotas in the Army National Guard” said Chris Emerson, president and CEO of Airbus Helicopters Inc.

“Everyone on that production line takes a great amount of pride in their unbroken record of delivering on their commitments, and we hope they’ll be building Lakotas for many years to come.”

The Lakota continues to meet a wide range of needs for several military user communities. The Navy operates the Lakota in a training role at the U.S. Naval Test Pilot School. The Royal Thai Army is the first foreign operator of the UH-72A, having purchased six aircraft to date through the U.S. government’s Foreign Military Sales program.

A modern, twin-engine helicopter, the UH-72A is a powerful, stable, and agile platform with a glass cockpit that is compatible with night vision goggles. The Lakota is also single-pilot Instrument Flight Rules certified. It has the lowest cost to buy, own and operate of any U.S. military helicopter in production.