Airbus Growing Roots in US: Assembly Line for A220s 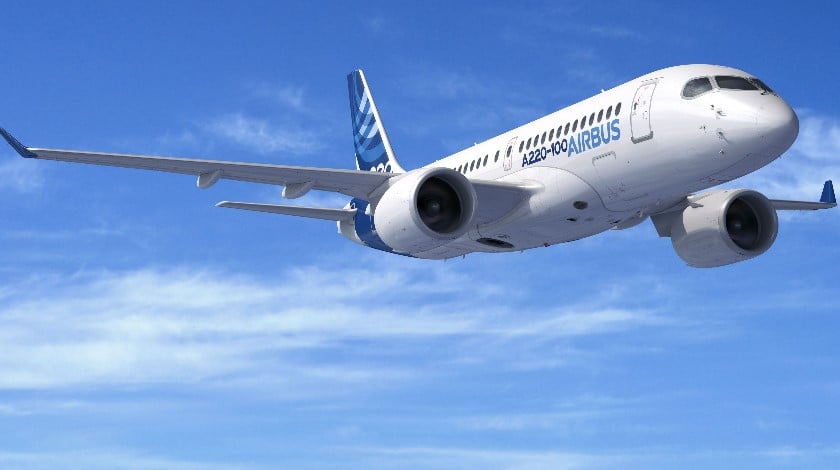 Airbus announced growing further roots in the US by bringing its A220 aircraft closer to its US customers. The aircraft manufacturer has launched the construction on A220 manufacturing facility in Mobile, Alabama.

With its new manufacturing facility Airbus aims to meet the demand from US customers for its newest commercial aircraft product line, Airbus A220. The new plant will facilitate assembly of 110-130 seat A220-100 and A220-300 aircraft.

Airbus expects to begin manufacturing aircraft at the new plant already in the Q3 2019, while the delivery of the first A220 plane produced in Mobile is scheduled for 2020. As for now, the company is set to produce 4 planes per month at the new plant.

Airbus will invest $300 million into the new plant, which is due to be fully complete by next year and will create 400 new jobs, Reuters reports.

A220 in the US: Deliveries and Orders

In the recently published overview of 2018, Airbus reported that in 2018, since acquiring the A220 program in July, the company delivered 20 A220s. Among the first customers were Korean Air, airBaltic, Swiss, Delta and Air Tanzania. Thus, Delta has become the first US airline to get this aircraft.

As for 31 December 2018, Airbus accumulated 255 A220s on the order list. Therefore, the largest part of the aircraft ordered Airbus is set to deliver to the US airlines.

Meanwhile, an American low-cost carrier JetBlue has placed an order for 60 A220-300s. Republic Airways Holdings, an American regional airline, in turn, has ordered 40 A220-300s for its operations within the US.

Among the latest customers is Moxy, the start-up US airline, which confirmed ordering 60 A220-300s.

Airbus Presence in the US

This is the second Airbus commercial aircraft manufacturing facility in the US. The first one, the A320 Family production line, opened in 2015.

By opening new new sites, Airbus is creating a strong industrial presence in the US. Although the aircraft manufacturer has sites in other states such as Kansas, Virginia, California, Georgia, Texas, Mississippi and Florida, the one in Alabama will be the largest.