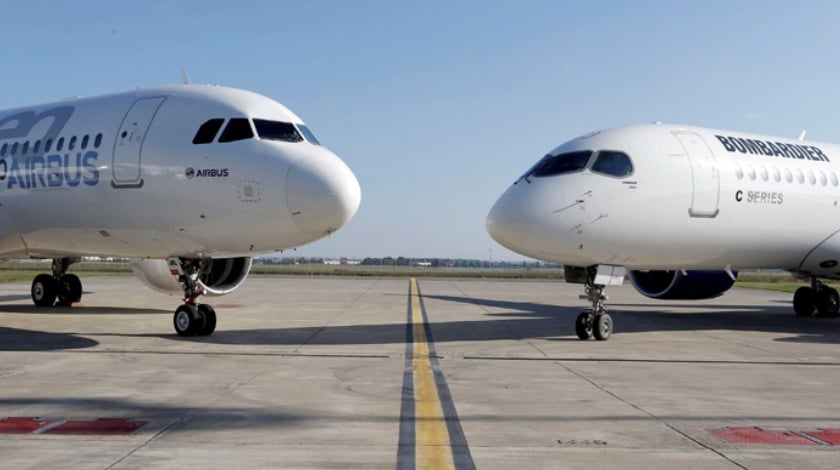 Having received all required regulatory approvals, Airbus SE, Bombardier and Investissement Québec (IQ) have agreed to close the C Series transaction effective on July 1, 2018. The transaction by which Airbus will acquire a majority stake in the C Series Aircraft Limited Partnership (CSALP) was initially announced in October 2017.

The Mirabel-based partnership, which was originally established between Bombardier and IQ, will benefit from Airbus’ global reach, scale, procurement organization and expertise in selling, marketing and producing the C Series – a state-of-the-art jet aircraft family in the 100-150 seat market.

Airbus will work with its partners Bombardier and IQ to fully unlock the C Series’ potential and create significant new value for customers, suppliers, employees, shareholders and the communities in which the partnership operates.

The partnership’s head office, primary assembly line and related functions will be based in Mirabel, Québec.

As previously announced, Bombardier will continue with its current funding plan of CSALP. Due to the early closing of the partnership, the terms of this plan are updated according to the following schedule: Bombardier will fund the cash shortfalls of CSALP, if required, during the second half of 2018, up to a maximum of US$225 million; during 2019, up to a maximum of US$350 million; and up to a maximum aggregate amount of US$350 million over the following two years, in consideration for non-voting participating shares of CSALP with cumulative annual dividends of 2%.

Any excess shortfall during such periods will be shared proportionately amongst CSALP’s Class A shareholders. Airbus will consolidate CSALP effective from July 1, 2018 onwards. Further financial information on the transaction will be provided later this year.

The C series program continues to ramp up. Having delivered 17 aircraft in 2017, it is gearing up to double its deliveries in 2018.