Airbus Will Test Flying Cars By The End Of 2017 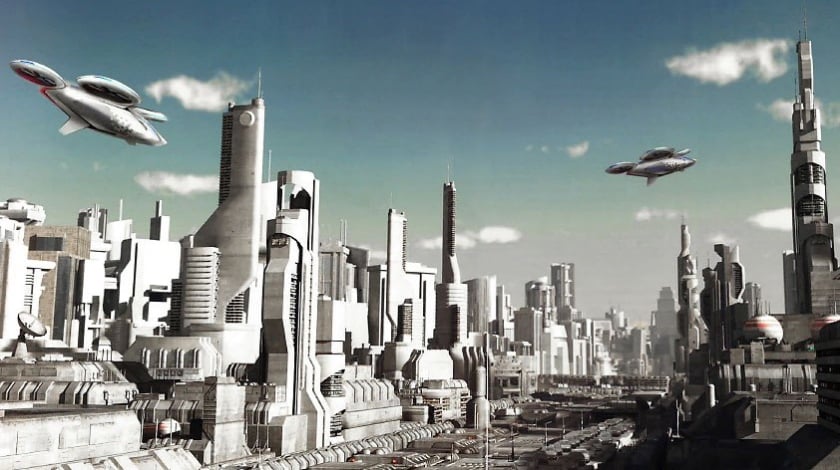 Rush-hour traffic is unbearable for many commuters today – and the problem is growing. By 2030, 60% of the world’s population will live in cities, which is 10% more than today.

To address this rising concern, Airbus is harnessing its experience to make the dream of all commuters and travellers come true one day: to fly over traffic jams at the push of a button.

Techies in Silicon Valley invent high-tech products every day. However, they still do not have a solution for one of their biggest problems: rush hour. In the San Francisco Bay Area, traffic jams are omnipresent. Commuting from Silicon Valley to San Francisco every morning takes an hour and a half, and in the evening it takes just as long to get home. Silicon Valley may pride itself on speed, but during rush hour, everything around the IT Mecca grinds to a halt.

Traffic problems are becoming more acute across the globe as a result of increasing urbanisation, particularly in “megacities” – urban centres with upwards of ten million inhabitants.

A good illustration is the Brazilian metropolis Sao Paulo, which set a new record in 2014: on the roads around the city, the rush-hour traffic stretched out for 344 kilometres.

According to a study, these huge back-ups in Sao Paulo cost the Brazilian economy at least 31 billion USD a year; another study found that Londoners lose the equivalent of 35 working days per year idling in traffic. The situation is even worse in cities such as Mumbai, Manila, or Tokyo.

In response, Airbus experts across the organisation are looking skywards to develop three ambitious projects that aim to relieve urban congestion. Although each initiative is distinct, knowledge sharing across the initiatives is a given.

Project Vahana by A^3

Participating in these efforts is A^3, the company’s advanced projects and partnerships outpost located in the gridlocked Valley. A^3 CEO Rodin Lyasoff, project executive Zach Lovering and their team are actively pursuing Vahana, a self-piloted flying vehicle platform for individual passenger and cargo transport.

“In as little as ten years, we could have products on the market that revolutionise urban travel for millions of people” Rodin Lyasoff A^3 CEO.

Flight tests of the first vehicle prototype are slated for the end of 2017. As ambitious as that sounds, Lyasoff insists that it is feasible. “Many of the technologies needed, such as batteries, motors and avionics are most of the way there,” he explains. However, Vahana also requires reliable sense-and-avoid technology. While this is just starting to be introduced in cars, no mature airborne solutions currently exist. “That’s one of the bigger challenges we aim to resolve as early as possible,” says Lyasoff.

Transport service providers are one target group for such vehicles. The system could operate similarly to car-sharing applications, with the use of smartphones to book a vehicle.

“We believe that global demand for this category of aircraft can support fleets of millions of vehicles worldwide,” estimates Lyasoff.

At these quantities, development, certification, and manufacturing costs go down. And in terms of market entry, Lyasoff is equally confident: “In as little as ten years, we could have products on the market that revolutionise urban travel for millions of people.” A^3 is powering ahead with Vahana and as is typical for Silicon Valley, the company thinks in terms of weeks, not years. Officially underway since February 2016, the project’s team of internal and external developers and partners have agreed on a vehicle design and is beginning to build and test vehicle subsystems.

The challenge of flying autonomous vehicles over urban areas is summed up neatly by Bruno Trabel from Airbus Helicopters: “No country in the world today allows drones without remote pilots to fly over cities – with or without passengers.” The engineer leads the Skyways project, which aims to help evolve current regulatory constraints. In February, Airbus Helicopters and the Civil Aviation Authority of Singapore (CAAS) signed a memorandum of understanding allowing Airbus Helicopters to test a drone parcel delivery service on the campus of the National University of Singapore in mid-2017.

It sounds as if Airbus were planning to become the new Amazon. “Not at all,” says Trabel. “We’ve no intention of competing with the Amazons and DHLs of this world. On the contrary, we see these companies as potential customers.” For the pilot project, Airbus Helicopters is developing an autonomous drone and the overall infrastructure, which is based on an operation management system created by Airbus Defence and Space. The goal of the project is to assess the efficiency and economic effectiveness of such a transport system and provide tangible proof to authorities and the general public that commercial drones can indeed operate safely over urban areas.

“If we really want to resolve this fundamental question, we have to demonstrate the system under real conditions. This view is shared by CAAS,” says Trabel, explaining why Singapore was chosen as the location.

In the Asian city-state, Airbus Helicopters will be able to develop the project in collaboration with the aviation authority. The success of the pilot phase could lead to the beginnings of commercial projects starting in Singapore.

If the team is able to demonstrate the safe operation of Skyways over NUS, this could help shape the regulatory framework for unmanned aircraft system operations in Singapore and potentially increase acceptance for passenger flight testing, thus giving a boost to urban air vehicle projects.

Electrically operated aerial vehicles combined with more autonomous operation and data-driven business models could herald the biggest change in aviation in decades. “Our Group’s strength is that we have interconnected projects that together are helping to drive the upcoming revolution,” states Müller. “The contribution of Skyways, CityAirbus and Vahana in terms of regulations and public and market acceptance will bring to life the future of smart cities’ multimodal transport networks.” 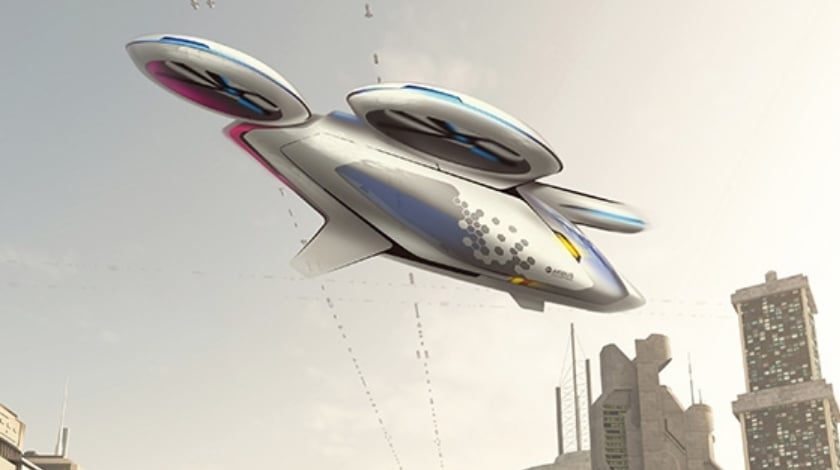 A network of flying taxis might sound like science fiction, but experts at Airbus believe that the vision is already taking shape. CEO Tom Enders is the first to agree. “I’m no big fan of Star Wars, but it’s not crazy to imagine that one day our big cities will have flying cars making their way along roads in the sky,” says Enders. “In a not too distant future, we’ll use our smartphones to book a fully automated flying taxi that will land outside our front door – without any pilot,”
he concludes.