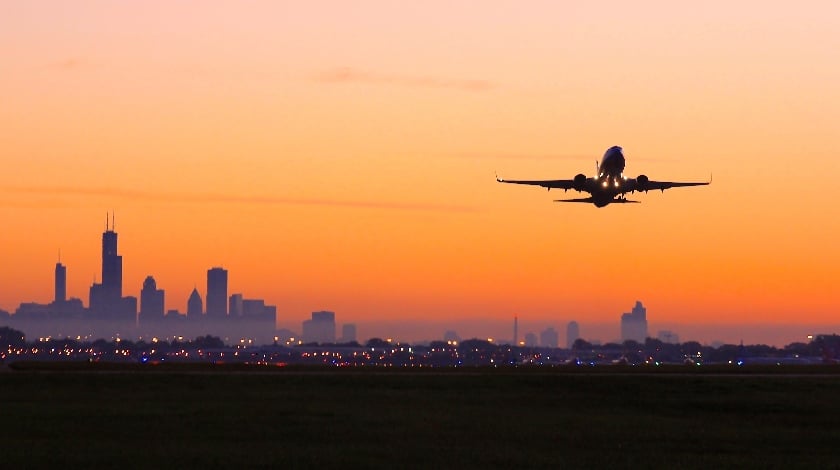 The industry trade organization for the leading U.S. airlines expects a record 246.1 million passengers — an average of 2.68 million per day — to travel on U.S. airlines between June 1 and Aug. 31, 2018.

This number is up 3.7 percent from last year’s record 237.3 million passengers. The nation’s carriers are adding 116,000 seats per day to accommodate the 96,000 additional daily passengers they expect to carry during this period.

“As the economy grows along with household net worth, passengers are taking advantage of persistently low airfares for their summer travel plans,” said A4A Vice President and Chief Economist John Heimlich. “This fall we will celebrate 40 years since the passage of the Airline Deregulation Act, which has enabled business and leisure travelers alike to reap the benefits of the nation’s safest form of transportation, while enjoying historically low airfares, increased in-flight amenities and modern technology throughout the flight experience, from the time of booking all the way through arrival at their destination.”

U.S. airlines reported strong operational performance in the first quarter of 2018, despite a challenging operating environment impacted by storms, airport construction and a Customs and Border Protection (CBP) outage. During this period, customer complaints continued to fall, with 0.98 complaints to the Department of Transportation (DOT) per 100,000 passengers, compared to 1.19 and 1.86 in the same period in 2017 and 2016, respectively. Year over year, the industry also reported:

For the nine publicly traded U.S. passenger airlines, the 7 percent year over year growth in revenues was outpaced by a 9.9 percent rise in expenses in the first quarter 2018, causing a decline in profitability. The industry’s pre-tax profit margin of 4.9 percent was about half that of Marriott and one-sixth that of the U.S. rail sector. Cost increases were led by fuel, up 23.3 percent, and labor, up 6.8 percent. Pre-tax earnings for the group fell to $1.9 billion, down from $2.5 billion a year earlier.

Through 2017, inflation-adjusted airfares continued to fall, averaging less than 2010 fares both with and without ancillary fees included. In real terms, the price of domestic air travel – including fees – fell 12.5 percent from 2014 to 2017. In constant 2017 dollars, a round-trip “all-in” ticket averaged $363 in 2017, well below the 2010 average of $380. When choosing an airline, leisure travelers continue to rank affordability at the top, followed by flight schedule, on-time reliability and seat comfort.

The industry has become increasingly competitive to meet consumer demands, with low-cost and ultra low-cost carriers growing to serve more markets in the past decade. Competition between domestic city-pairs has also increased. As just one example, four carriers now compete effectively in the Boston-Akron/Cleveland market, including low and ultra low-cost carriers, compared to just two airlines in 2007, which then captured 93 percent of the market. From 2007 to 2017, real fares here declined 20 percent while the number of passengers rose 23 percent.

In 2018, customers are seeing an all-time high of more than 3 million daily seats departing from U.S. airports on a daily basis, up 3.3 percent year over year. Nearly every major airport has seen a boost in available seats over the past five years, including a 67 percent increase at Dallas Love Field, a 55 percent increase at Norman Y. Mineta San Jose International Airport and a 54 percent jump at Fort Lauderdale–Hollywood International Airport. Many international markets are also thriving this summer, with scheduled seats from U.S. airports up 6.2 percent to Europe, 4.3 percent to Mexico, 4.1 percent to Central and South America, 3.2 percent to Canada and 2.7 percent to the South Pacific.