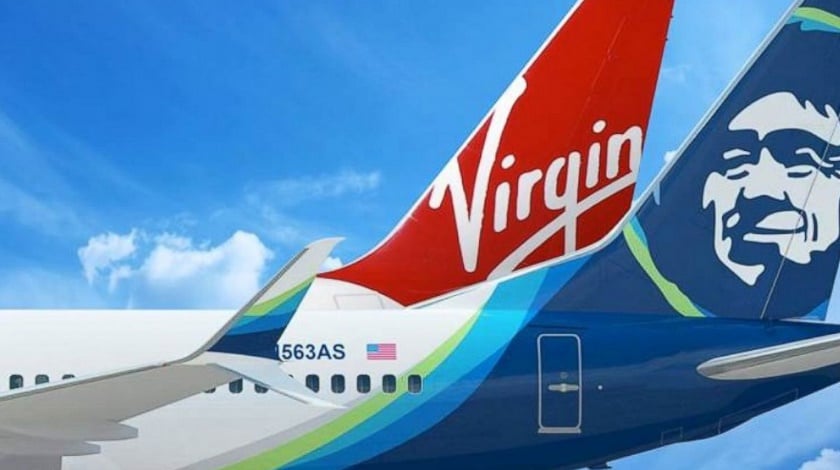 Alaska Air has agreed to buy Virgin America for USD$2.6 billion in cash to its boost its operation on the US West Coast and compete more effectively with larger airlines.

At USD$57 a share, the deal represents a premium of about 86 percent from Virgin America’s stock price before reports in March that the company was considering a sale. Analysts described the price as steep but said the merger would strengthen Alaska Air.

However, he said Alaska Air could handle the cost because its strong balance sheet would allow it to raise capital at a low borrowing rate.

The merger would help Alaska Air compete against Delta and American, which have embarked on major expansions in Los Angeles, Hackel added.

JetBlue Airways had also made an offer but said in a statement that the price reached a point where it decided to withdraw from the bidding.

The Alaska Air deal would create the fifth-largest US airline after a decade of mergers that have shrunk the industry to a handful of companies. The four largest control more than 80 percent of the US travel market.

Virgin America accounts for about 1.5 percent of US domestic flight capacity, while Alaska Air and its Horizon Air subsidiary account for 5 percent, Deutsche Bank analyst Michael Linenberg wrote in a recent research note.

Branson, whose holding company owned 24.9 percent of the airline as of March 25, expressed sadness that Virgin America was changing hands.

The US Department of Transportation stipulated he take some of his shares in Virgin America as non-voting stock, reducing his influence over any takeover, he said on a Virgin Group website.

“So there was sadly nothing I could do to stop” the Alaska Air deal, he said.

Alaska Air said it might keep using the Virgin America name in some form.

Because of the deal, Alaska Air plans to slow its share repurchase this year and probably next, chief financial officer Brandon Pedersen said.

Alaska Air said in a statement that the deal would generate USD$225 million in annual synergies once the companies are fully merged. It expects one-time integration costs of USD$300 million to USD$350 million.

The companies face major hurdles in combining, although Alaska Air expressed confidence in its ability to tackle them.

It must juggle the contracts of workers with disparate pay, benefits and seniority. Alaska Air said its unions and pilot leadership were on board with the merger.

Alaska Air said it was buying California-based Virgin America to expand in Los Angeles and San Francisco and offer more connections to international airline partners. It would also benefit from Virgin America’s corporate contracts and cult-like status among customers who work for technology companies.

S&P Capital IQ analyst Jim Corridore said in a research note that the deal would increase Alaska Air’s access to transcontinental markets on the East Coast.