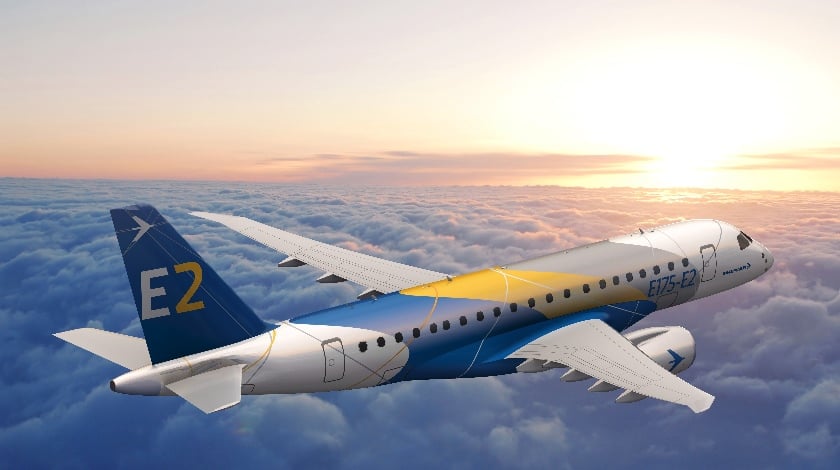 Lightweight metals leader Alcoa announced a long-term contract with Embraer – the leading manufacturer of commercial jets up to 130 seats – valued at approximately $470 million.

Under the multiyear agreement, Alcoa will supply aluminum sheet and plate for Embraer’s new E2s, the second generation of its E-Jets family of commercial aircraft, a narrow-body mediumrange jet airliner. The Embraer E-Jets E2 were launched at the Paris Airshow in 2013 and are scheduled to enter into service in 2018.

“Our partnership with Embraer is rooted in constant innovation and this contract is further proof of that strength,” said Mark Vrablec, President of Alcoa’s Aerospace & Automotive Products business. “Our patented alloys enable us to support our customer’s game-changing E2 program, and we’re proud that Alcoa will fly with Embraer.”

Embraer chose Alcoa’s proprietary alloys for the E2 due to the combination of strength, corrosion resistance and fatigue resistance that they offer.

“Alcoa offers a good combination of technical expertise and industry leading material and capabilities,” said Fernando Queiroz, Embraer Vice President, Supply Chain. “Embraer designed the E-Jets E2 commercial aircraft to be the best in its segment and to do that, we needed the best material in the business, and Alcoa offers the best solution.”

According to Embraer, the market segment that the new E2 program was designed to serve is projected to require 6,350 new aircraft over the next 20 years. In addition, Embraer also stated that it has more than 50 percent market share by orders with the current E-Jet and expects to maintain similar levels with the new E-Jets E2 aircraft.

The long-term agreement makes Alcoa sole supplier to Embraer for proprietary wing skins and fuselage sheet on the E2 line of jets. Other Alcoa plate products, used in key applications such as wing ribs, fuselage frames and other structural parts of the aircraft, are also part of the contract and will be featured on the E2 as well as Embraer’s KC-390 military transport aircraft and executive jets.

Alcoa has developed most of the aluminum aerospace alloys to ever take flight, and every major new aircraft program incorporates Alcoa’s product innovations. The Alcoa/Embraer partnership draws on the aerospace manufacturing capabilities of Alcoa’s Global Rolled Products business, supplying Embraer from its plants in Davenport, Iowa, and Kitts Green, United Kingdom.

Alcoa products can also be found on other parts of the E2 aircraft: the state-of-the-art Pratt & Whitney PurePower® engine. Alcoa already supplies key parts for the PurePower® engines, including the forging for the first ever aluminum fan blade.