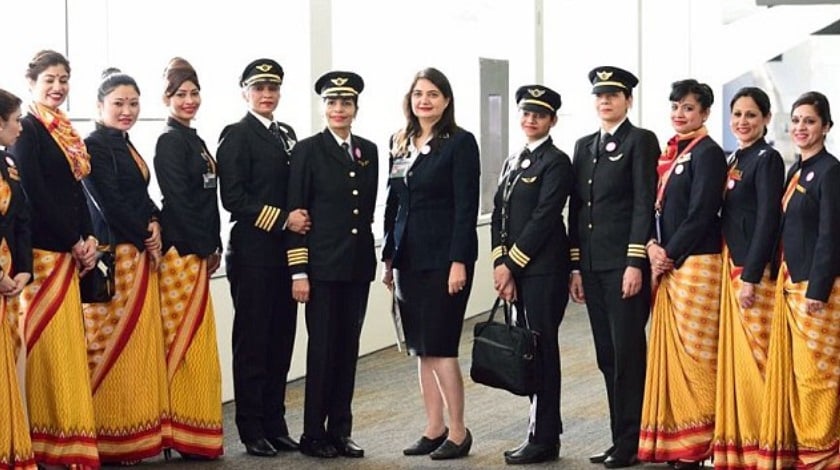 An all-female crew has operated a passenger flight around the world for the first time, Air India has said.

The airline’s all-female crew flew across the Pacific Ocean from New Delhi to San Francisco. The same crew then flew back to New Delhi across the Atlantic Ocean, completing their historic circumnavigation of the globe.

Depending on the Daily Mail, the Boeing 777-200LR plane covered a distance of about 9,500 miles in 15-and-a-half hours and was captained by Kshamata Bajpayee. She said: ‘The flight is a symbol of women empowerment and it will encourage women to step out of their comfort zone and succeed in male-dominated arenas too.

‘The entire message is actually to encourage young girls who have dreams of getting into the skies and they feel it’s too technical or this is something only men do.

According to the BBC, the engineers, ground staff, and air traffic controllers who handled the flight were all women, too.

Meanwhile, the airline has said it intends to operate other flights with all-female crews in celebration of International Women’s Day on the 8th of March.

San Francisco Airport has shared some photos of the historic crew – who could be honoured in the Guinness World Records book – on Twitter.

In September 2015, the airline was criticised for announcing plans to ground 125 mostly female flight crew for failing to meet the company’s body-weight standards. Earlier this year, Air India also raised eyebrows by introducing a “women-only” section on domestic flights in a misguided attempt to combat on-board sexual misconduct.