Amazon is Going to Britain for Drone Testing 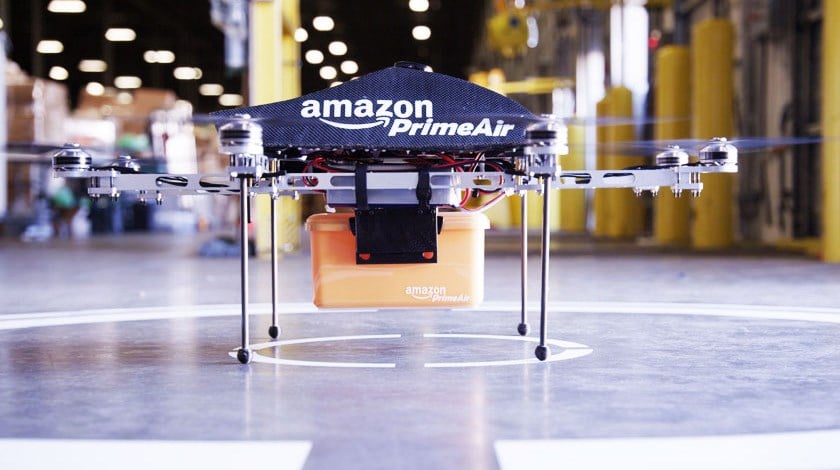 Amazon has found friendlier skies for its drones in the UK.

The e-commerce giant has entered a partnership with the UK government that will allow it to carry out drone delivery testing in the country.

The company aims to someday deliver packages weighing up to 5 pounds to customers in 30 minutes or less using small drones.

While the company will continue testing in the US, shifting certain operations to the UK allows Amazon to avoid an FAA restriction requiring drones to stay within the pilot’s line of sight, a major obstacle for commercial delivery.

The UK joins the Netherlands and Canada in the list of sites Amazon uses to conduct drone tests that may not fly with US regulators.

In the UK, Amazon now has permission to test “three key innovations” to help it reach that goal:

Even though the Civil Aviation Authority (CAA) in the UK states that pilots must “make sure you can see the drone at all times” in The Dronecode, the authorities seems to have made an exception for Amazon, as long as the company doesn’t experiment in crowded urban areas. Amazon did not respond to a request for comment.

Recent patents highlight the possibility of more complex options: Packages could be picked up and delivered by unmanned aerial vehicles (UAVs) that communicate with nearby drones to plan their route.

Another patent suggests that lampposts and church steeples could double up as docking stations for drones to recharge or pick up parcels.

As the technology advances, US regulators remain hesitant to ease up on the laws. The caution seems warranted when considering mishaps like drones crashing on the White House lawn and colliding with flights.

As a result, it’s been slower going for companies with ambitious drone delivery plans like Amazon.

Earlier this month, Australian drone-maker Flirtey beat Amazon to the first commercial drone delivery in the US when it delivered a 7-eleven Slurpee and other food to a Reno address on July 10 – but only because it worked directly under the watchful eyes of the FAA.