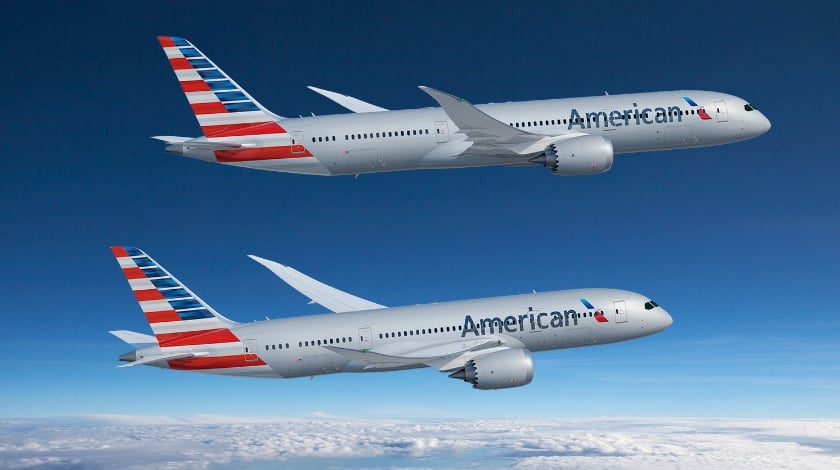 Boeing and American Airlines announced the world’s largest airline will more than double its 787 Dreamliner fleet with a new order for 47 of the super-efficient airplane plus 28 options.

The 47 787s are valued at more than $12 billion at list prices and makes American Airlines the largest 787 customer in the Western Hemisphere.

American originally ordered 42 787 Dreamliners and has been using the airplanes’ tremendous fuel efficiency and superior passenger amenities to open new routes around the world, including Asia Pacific and Europe, and boost its network efficiency.

While American still has more airplanes on the way from its initial order, the airline is buying the additional Dreamliners – 22 787-8s and 25 787-9s – to further modernize and expand its fleet.

“We are extremely honored that American Airlines, is deepening its commitment to the 787 Dreamliner. This new order is a powerful endorsement of the 787 family’s unique passenger appeal and unmatched ability to help airlines open new routes and grow profitably,” said Boeing Commercial Airplanes President and CEO Kevin McAllister.

American becomes the latest airline to place a repeat order for the 787 Dreamliner. More than half of the program’s 71 customers have done so, which has helped the 787 program achieve more than 1,350 orders to date.

“We are showing again and again that the 787 Dreamliner is the champion in its class. The airplane’s tremendous value proposition explains why it has become the fastest selling twin-aisle jet in history,” said Ihssane Mounir, senior vice president of Commercial Sales & Marketing for The Boeing Company. “And when we match the Dreamliner with Boeing’s suite of services, it is a combination that delivers unbeatable value for our customers.”