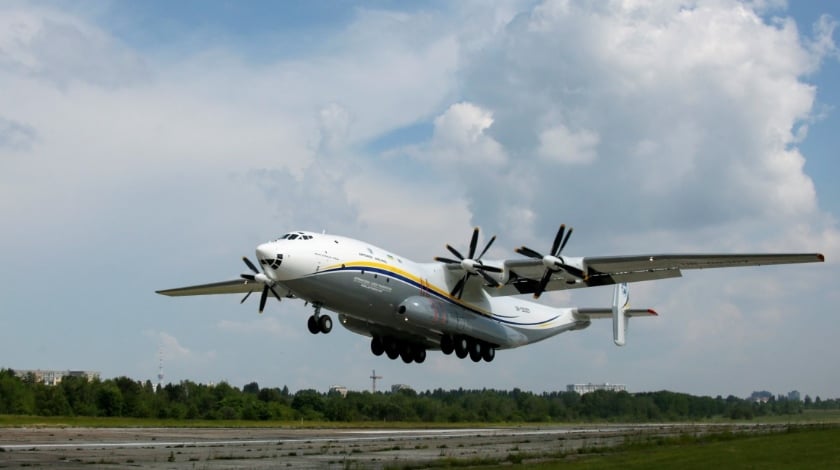 The State Enterprise Antonov has restored the world’s first wide-body aircraft An-22 Antey, manufactured in 1964, presenting its first demo flight on Monday, May 30, according to an UNIAN correspondent.

The airplane was rolled out from hangars to the company airfield in grand livery of Antonov Airlines. The plane was piloted to the nearby Hostomel airfield.

It is expected that it will be further stationed in Leipzig (Germany).

Commenting on the event, first vice president of Antonov OLeksandr Kotsyuba said: “The plane should take its place in our fleet. We already have orders. Now she will perform several test flights, and then she will leave for the first commercial flight…”

According to Kotsyuba, the plane is capable of carrying bulky loads weighing about 60 tonnes.

“We actively rebuild our planes and we want them to fly around the world along with our new products,” said Kotsyuba.
Antonov company said only own capacities and reserves were used in restoring the plane.

Antonov’s test pliot Yuriy Kurlin also shared his impresions: “The first rollout of the aircraft was in August 1964, and in February 1965, it was already flying. This plane was a spectacle at Le Bourget in 1965… If it can fly now, it should fly,” said Kurlin.