APS MCC: Why Could It Help a Pilot to Pass Airline Assessment? 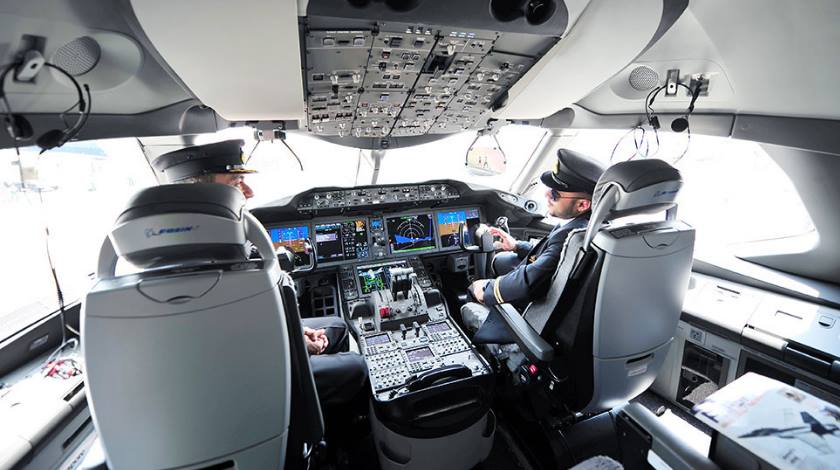 Airline Pilot Standard Multi-Crew Cooperation (APS MCC) course is an enhanced version of the standard MCC course. The aim of the APS MCC is to not only provide future pilots with relevant qualification but also to develop certain competencies necessary for a pilot to perform more effectively.

In 2013/2014 it was identified that 50% of newly-qualified pilots holding a CPL, frozen ATPL theoretical exams, ME/IR and a standard MCC course fail during initial assessments while applying for a job at a European airline.

These statistics triggered an immediate reaction from the regulatory authorities. It became apparent to both EASA and the industry, in general, that there exists a crucial need for a change to improve the content and output of pilot training so that the EU training process could create ‘Industry Ready Pilots.’

The conclusion was the following: an enhanced MCC course could improve the standard of pilots so that when it comes to the airline assessment and interview, they are better-trained and better-prepared. This is how the Airline Pilot Standard Multi-Crew Cooperation (APS MCC) course was born.

Standard MCC vs APS MCC: What Is Different?

As described by EASA, the aim of the standard MCC is to secure future aviators with theoretical knowledge and relevant practice to develop skills and attitudes necessary to operate a multi-crew aircraft. Globally, the goal of upgraded training program remains the same, although with some important modifications.

Thus, one of the main differences between the standard MCC and the APS MCC hides in the outcome. While after completing the MCC course a pilot is secured with basic qualification (the essential knowledge and skills to operate in a multi-crew environment), the APS MCC graduate receives not only necessary qualification but also works hard on developing nine core competencies.

Wondering which competencies are being developed and why particularly those? Thus, in order to produce competent pilots ready to handle unforeseen and unexpected situations inside an aircraft, ICAO has identified the following competencies as the crucial ones for each pilot to have:

Evidently, each change was made keeping in mind the areas that were  identified as the weakest in pilots’ performance during airline assessments.

According to Andrew O`Shea, a Chairman of the Aircrew Training Policy Group (ATPG), the most problematic areas appeared to be: communication, leadership and teamwork, problem solving and decision making and workload management.

If you are able to complete the standard MCC course in 10 days, the APS MCC would require two times more, even up to 24 days (days off included). Obviously, this is because of the increased theory hours and doubled time spent in a flight simulation training device (FSTD).

As for the theoretical part, if a regular MCC could take 25 hours, the APS MCC, in turn, could even exceed 60 hours. Apart from retaining the standard MCC theory part, the enhanced APS MCC course is enriched with some new topics, for example, Airline Orientation Training.

Also, APS MCC highly concentrates on improved CRM training. EASA points out that it is vitally important for a student to understand how multi-crew coordination as well as the content and intent of CRM are applied in an airline context. For this reason, CRM is integrated into all practical exercises of the APS MCC and Threat-and-Error Management (TEM) is central to the course instruction.

If we talk about the practical part, the standard MCC requires at least 20 hours in a simulator. Meanwhile, in the APS MCC, the time spent in an FSTD per crew should be a minimum of 40 hours, or 35 for an integrated airline transport pilot licence (ATPL) holders.

The simulator time is doubled because the APS MCC training includes such two practical parts as Advanced Swept-Wing Jet Aeroplane Training and Advanced Airline Operations Scenario Training. Let’s see what it is.

Up to 18 hours of the APS MCC course are dedicated to swept-wing jet aeroplane training and airline operations scenario training. This is a converted and modified Jet Orientation Course (JOC) which is not a part of the standard MCC.

“The JOC was an informal course created by the industry to compensate for the fact that many standard MCC courses were conducted on Kingair and Cessna simulators. Also, there was no training required for the old JOC instructor, so there were no standards and students were often getting very little benefit from their JOC course”, says Andrew O`Shea.

Meanwhile, this part in the APS MCC  is very important. It equips a pilot with knowledge, skills, and attitudes required to commence initial type rating training to the standards generally required by a commercial air transport (CAT) operator certified pursuant to Regulation (EU) No 965/2012 (the ‘Air OPS Regulation’).

Flight Simulation Training Devices up to an Airline Standard

One of the most essential features distinguishing the enhanced course from the regular MCC is in the standard of an FSTD used for APS MCC training. During the upgraded course simulator should be representing a real airline standard aircraft. What does it mean?

“The practical training in the APS MCC training course should be based on a multi-pilot, multi-engine aeroplane type capable of carrying at least 50 passengers or equivalent mass. The FSTD used should be type-specific and equipped with a visual system that provides at least 180° horizontal and 40° vertical field of view.

However, an FNPT II MCC that has a similar visual cueing system to the above or is approved for MCC pursuant to FCL.735.A may also be acceptable provided that the device is representative of the same class of multi-pilot, multi-engine aeroplane specified in this paragraph in terms of passenger load, mass and performance, and equipped with equivalent aeroplane systems and avionics functionality.

Furthermore, the things are different with instructors who must have a minimum qualification level of an MCCI(A) instructor to deliver the APS MCC training course. This, in turn, means that each instructor prior to delivering training is obliged to:

In O`Shea’s opinion, poor standard MCC training provided by poor instructors using the wrong type of simulator are the main reasons why pilots fail to pass the airline assessment.

APS MCC: How to Take Full Advantage of It?

If you are a pilot with the standard MCC, you may have a question whether it is mandatory to complete the APS MCC course and upgrade your qualification now. No, it is not an obligatory process, the standard MCC is enough.

However, if you have a desire to learn something new, make your skills even greater and give yourself an advantage at airline assessments in the future, you are free to additionally undergo the APS MCC.

Students who successfully complete the APS MCC and achieve a satisfactory grade as demonstrating 75% or greater of the relevant performance indicators receive the certificate of completion to the APS MCC standards.

This certificate serves as indicator for airline recruiters that a pilot was trained according to the higher standard due to the specifications of the course content, the instructors with a relevant qualification and a device that represents a real airline standard aircraft.

“The APS MCC has been designed so that pilots are better trained and more compatible with an airline requirements than a pilot trained on a standard MCC. The latest statistics show that only 54% of the students who undergo the standard MCC will pass the airline assessment“, adds O`Shea.

The great news is that 75% of the students who have conducted the APS MCC course pass the same assessment with the same airline.

Alternatively, a student pilot who completes the APS MCC course but does not achieve the APS MCC standard should be awarded the MCC course completion certificate

Thus, the aviation training segment lead by the regulatory institutions is working really hard to improve the quality of training, enhance pilots’ competencies and, correspondingly, make the industry even safer.

Safety is the highest priority of all involved in aviation and the goal is for everyone also the same: to make every flight take-off and land safely, as happens more than 126,000 times every day.