Are Airbus Helicopters In Trouble? 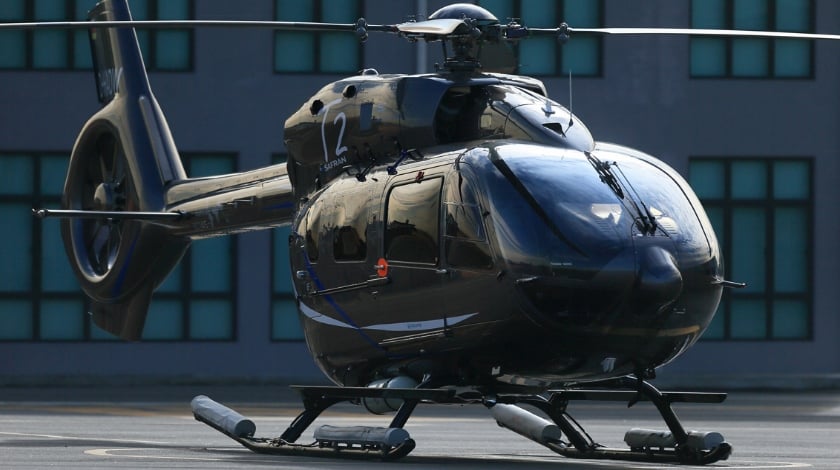 On February 24th, Airbus Group has presented a full 2015 annual report which was held in London, UK. As a part of European multinational aerospace and defense corporation, Airbus Helicopters achievements were overviewed and took place in the annual speech of the CEO of Airbus, Tom Enders.

The representative of Airbus was highlighting the importance of transformation plan that has put the company’s priorities on customer satisfaction, quality, safety and competitiveness, and helps to operate successfully despite the challenging market environment.

Deliveries or why market is in trouble?

So, let’s take a look at the short European rotorcraft manufacturer year in review. Airbus Helicopters focused its efforts in 2015 on executing its strategic roadmap and meeting its targets against a challenging market backdrop and delays in the key military campaigns. 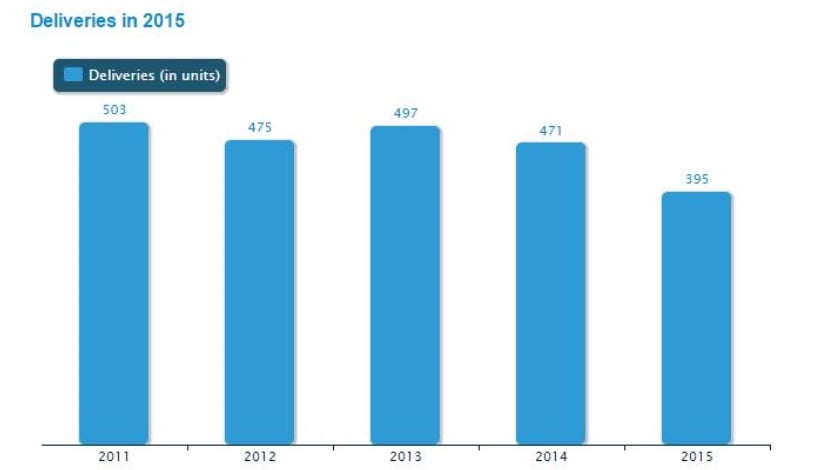 During 2015, Airbus Helicopters delivered 395 rotorcraft from the company’s civil, parapublic and military product lines, strengthening its leading position on the civil & parapublic market while maintaining its share of the worldwide military market.

Despite lower overall deliveries of 395 units in 2015 compared to 471 units in 2014 and decreased demand for helicopters by 20 %, the revenues rose 4% and mainly reflected a higher level of services activities.

The CEO of Airbus, Tom Enders, during the annual report in London, had admitted that helicopter market is in trouble. Why? The main reason is low fuel prices, since the biggest oil industry players are the main clients of some types of helicopters. The demand of helicopters in this area is going down. Tom Enders has predicted that the situation in the market in 2016 will be the same, as he doesn’t see any perspectives for oil prices going up. 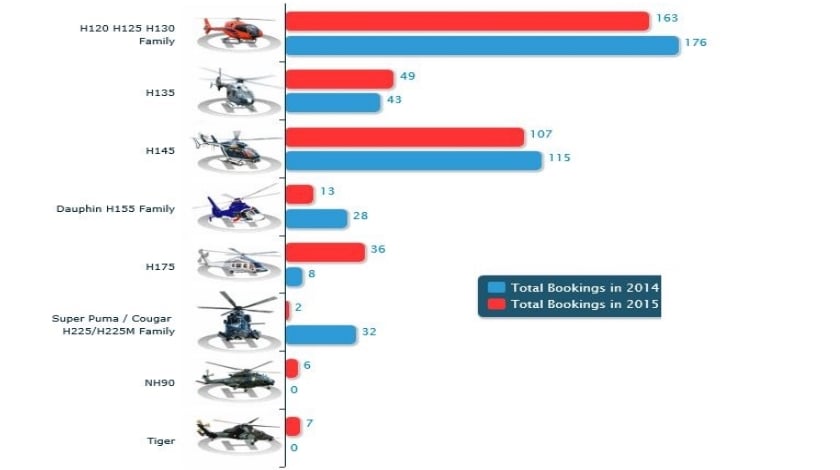 The company booked 383 orders – adjusted to 333 due to contract amendments for governmental NH90 and Tiger helicopters – with a strong performance of the new-generation medium H175. Demand remained steady for the H135 and H145 family of light twin helicopters, with bookings levels exceeding the company’s targets for 2015.

Highlights of last year include 7-ton H175 with 36 units booked, exceeding the company’s objectives for 2015. The gross order book of the H175 is now up to 101 units after being endorsed last year by several key oil & gas operators despite the low price of the barrel impacting them.

2015 at a glance: Civil-Military & Services-Platforms 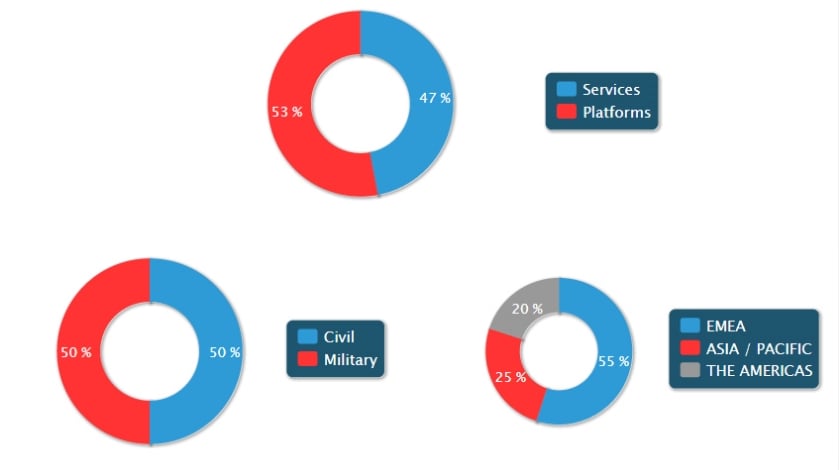 Talking about the regions, the leader here is EMEA. Since the oil industry and growing economies are the biggest markets for helicopter business, it will not be a surprise that countries in the Middle East and Africa pump this statistics up.

While Airbus officials talk big about the well balanced civil and military markets (50-50), the orders of some models were almost only civil. Despite that the CEO of Airbus, Tom Enders, mentioned that there is a good prospect for military orders in 2018.

This year will be another year of transformation for Airbus Helicopters as the company will be modernizing its industrial capabilities. We easily can say that Airbus Helicopters is the global player, since they are moving forward with building two new assembly lines in two different continents – Romania in Europe and China in Asia.

Despite the bad situation in oil & gas industry and no bright perspectives for upcoming years – company does not expect to announce plans for workforce reductions any time soon. Moreover, the Airbus Helicopters are still investing in new projects and capabilities, as they believe that the market will go up with a new power.