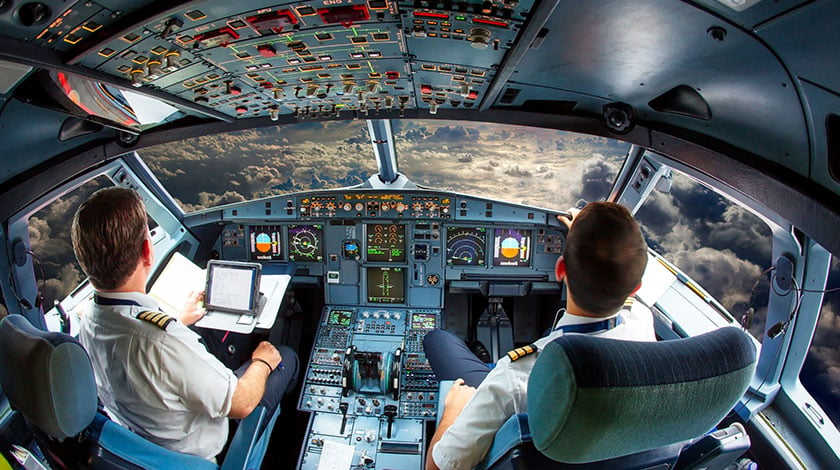 Study options and choice of studies is usually a process involving in-depth research, isn’t it? Most probably former students will nod in agreement, while future students could keep it as a useful tip.

Especially, the choice could be difficult when two similar programs, offering the same final result, are at your disposal. This is the case for future pilots, for example.

Upon the start of googling about pilot training paths available, one can be puzzled by the two frequently appearing abbreviations – CPL and ATPL, or two confusing keywords –  ‘modular’ and ‘integrated’.

These are two different training programs for future pilots, with rather the same result. Delicate scent of prestigious occupation, crisp pilot uniform and limitless horizons ahead. You name more.

However, which program to choose? What kind of routes stand behind these abbreviations? What are the differences between the ATPL and CPL? After all, the choice can determine the price, length or even success of the future profession.

Let this brief yet informative introduction to the world of Ab Initio pilot training be your guide to the proper choice.

As the heading suggests itself, CPL stands for Commercial Pilot Licence. After acquiring this type of licence, with some further obligatory courses, a student can take a seat in the cockpit of commercial aircraft as a First Officer.

The program is designed for both candidates with no or little flying experience. For example, the CPL course could be undertaken by Private Pilot Licence (PPL) holders.

The CPL training path consists of several modules, this is why the program is usually accompanied by the word ‘modular’.

All in all, this training course lasts approximately 2.5 – 3 years, or even longer, it depends on the needs and capabilities of a student.

Nevertheless, the great advantage is that you can eliminate the modules you have already done. For example, if you own a PPL, you can skip this initial module in the CPL program and begin with another training stage.

This way, CPL provides a student with enough flexibility to plan studies and work or seek education in other fields at the same time.

At the same time, the modular scheme gives some financial space. For instance, if a person has the money to pay for the PPL course only (the first module), after passing all relevant exams, the one can suspend studies for the period needed to raise funds to continue training further.

Under individual agreements and conditions, a student can arrange one’s payment schedule and do it in set instalments.

Talking about the money, it is worth mentioning that at this time cost of the CPL and ATPL programs is more or less the same. The significant advantage in favour of the CPL, though, is the possibility to divide the total sum into more instalments over the period of training.

In case someone is considering whether to pick CPL or ATPL training, one of the features coming in support of CPL is the number of flight hours. CPL training contains 30+ flight hours to sharpen your practical skills.

Thus, at the same price of the two programs, the CPL secures a student with more hours of practice.

After a student successfully completes all the CPL training modules, including ATPL theory (yes, you got it right, ATPL), one becomes a holder of a commercial pilot licence with a so-called ‘frozen ATPL’.

To ‘un-frozen’ the licence it will be necessary to build a required number of flight hours and do the last steps towards the dream job. This is how the CPL path looks like.

Just like the CPL, Integrated Airline Transport Pilot Licence (ATPL) is one of the roads leading towards the pilot job. One of the ways to professionally get into the industry and begin building a career of an airline pilot.

Just like the CPL course, ATPL can be joined by both experienced and inexperienced aviation enthusiasts.

Most probably, the main point at which these two programs collide is the widely-known saying ‘time is money’. One of the key advantages of the ATPL training is its length – the program is structured in the way that a student gains all the required knowledge and skills in less than 2 years.

Nevertheless, the ATPL student has no flexibility given to the CPL pilots. During ATPL training, one has to study intensively, without any breaks.

Although this ‘fast track’ program allows a student to acquire the licence quicker, it requires about 20% per cent more time investment compared to the modular CPL course.

But after the intense two years, an already ready pilot can begin flying as a First Officer at an airline of one’s choice and earning money back.

As already mentioned, the cost of the ATPL course is almost equal to the cost of the CPL, however, with the ATPL the money invested can be made up for straight after gaining the licence. Although, the paying scheme is not that flexible.

The ATPL program includes all the necessary modules to help properly master the fundamental pilot’s skills. Meanwhile, the successful completion of the integrated course enables to proceed with the final training steps before becoming a competent pilot ready to enter the market.

As you can see, there is no unanimous answer to the question which one to choose. Both programs have their pros and cons; everything depends on the expectations and ambitions.