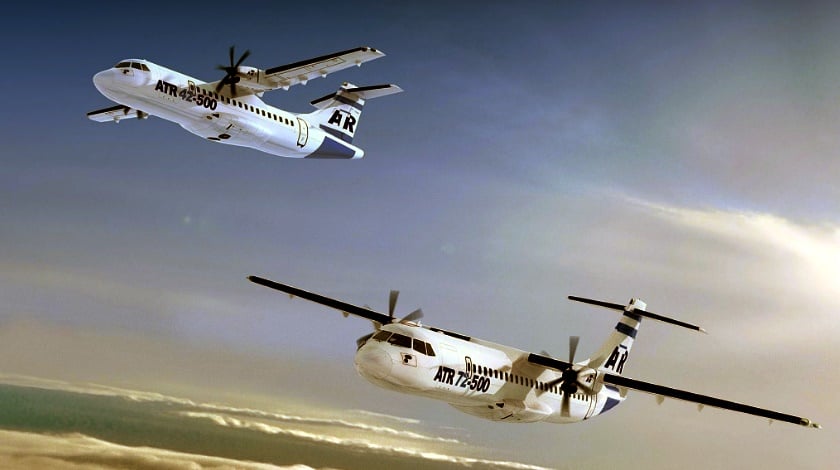 Firm orders for 76 aircraft, along with 81 options (totaling 157 aircraft), were received in 2015 from clients on the five continents (see table 1). Since 2010, ATRs have been the bestselling aircraft with 90 seats or less worldwide. They represent 37% of all aircraft sales in this category (77% if only turboprop planes are taken into consideration).

ATR welcomed twelve new operators for the new ‘-600’ series last year, allowing it to pass the threshold of 200 operators (all models included), from nearly one hundred countries.

In 2015, ATR received its 1500th firm order since the beginning of the program. The contract, signed with Japan Air Commuter (regional subsidiary of Japan Airlines) at the Paris Air Show, represented its first sale in Japan, a country with high potential for the latest generation ATRs. In addition, ATR opened two new sales offices, in Tokyo and Beijing.

ATR begins 2016 with a backlog of 260 aircraft, valued at some 6.6 billion dollars, which guarantees almost three years of production. Since the beginning of the program, ATR has received firm orders for 1,538 aircraft and has delivered 1,278.

Patrick de Castelbajac, Chief Executive Officer of ATR, declared to be “satisfied with the results and the performance of ATR in 2015. Despite of a difficult economic climate in regions historically important for us, we have consolidated our commercial success, which is based on the versatility, reliability and comfort of the latest generation ATRs.”

In 2015, ATR obtained certifications for two new cabin models of the ATR 72-600: the “High Density” cabin, which brings the maximum capacity to 78 seats, and the “Cargo Flex” cabin, which combines 44 passenger seats with a doubled cargo capacity of nearly 20 m3. These new developments are part of ATR’s strategy of continuing to improve its range of products to retain its leading position in the choices of regional airlines.

ATR’s environmental commitment took a step forward in 2015 with the participation in the first flight test campaign of the European Clean Sky program. An ATR 72 was used to test new composite panels allowing to reduce the weight and the fuel consumption of the aircraft. In 2016, a second series of test flights will take place to test new systems for reducing energy dispersion.

Following through with one of its lines of development, ATR continued to expand the presence of its customer support network in 2015 with the establishment of a spare parts center and a new partnership for maintenance activities in Brazil. In the near future, ATR will further develop its worldwide presence with the opening of a new pilot training center in Miami.