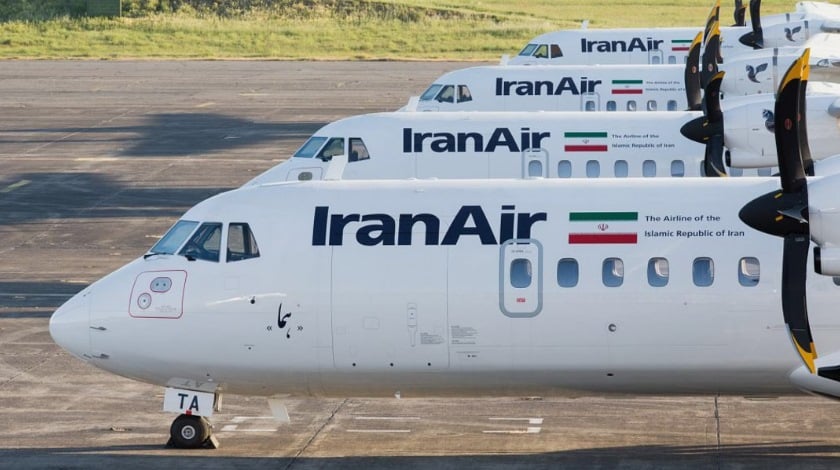 Regional turboprop manufacturer ATR is hopeful that worsening relations between the US administration and Iran will not hinder its business relationship with Tehran.

ATR delivered eight aircraft to Iran Air in 2017 and plans to deliver a further 12 by the end of this year, as part of Iran’s effort to replace its antiquated civil air fleet.

ATR won its Iran Air order following the lifting of Western sanctions in return for Iran rolling back its nuclear program.

The Trump administration’s unhappiness with that deal, which has seen Washington DC recently impose new sanctions on the Middle East nation, potentially puts the continued supply of Western aircraft to Iran at risk, but ATR CEO Christian Scherer hopes ATR will be allowed to continue to work with Tehran.

Iran Air is using the new ATRs to revitalize domestic routes and bring people from remote parts of Iran to Tehran to expose them to the capital’s expanding economy.

“This regional development is very powerful for them and it’s frankly very benign from a geopolitical and security aspect,” Scherer said. “So we are hopeful at ATR that our business opportunities with the Iranians will go unchallenged.”

“There isn’t any more powerful tool for economic emancipation than communications,” Scherer said at the turboprop manufacturer’s annual results announcement in Toulouse.

“When they started taking delivery, they realized they could fly these aircraft much more [than their elderly predecessors] because they were new and reliable and actually worked.”

One hurdle to overcome was training up sufficient Iranian pilots on the new aircraft, so ATR dispatched a number of instructors to fly the line with their Iranian counterparts from the start of operations to assist and offer some on-the-job training.

Training has also become an issue in India, Scherer added. There, operators are having a hard time finding pilots for their fast-expanding regional networks. A government initiative, the so-called regional connectivity scheme, is spurring that growth.

But the civil aviation authority, DGCA, is putting “a tight oversight on the influx of new pilots,” Scherer explained. To qualify, a foreign pilot needs a months-long procedure to obtain a visa and must submit to health checks.

Overall, the regional market is experiencing a pilot shortage, both in terms of candidates and training capabilities, Scherer said. ATR is addressing the problem by investing in simulators.

Two ATR-owned devices will be added this year to the existing network. One will be located in Europe; the other one in the US or Asia.

In Japan, JAL has ordered a simulator to be installed in the country. In Taiwan, another one is to be operated by Ansett.