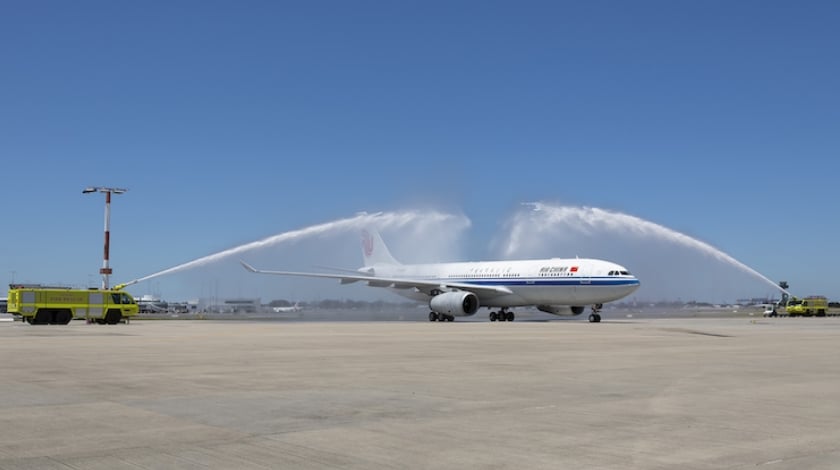 Chinese airlines will have unrestricted capacity into Australia after the federal government announced it had reached an agreement with China for an “open aviation market” between the two countries.

The agreement, announced on Sunday, paves the way for China-based carriers to maintain the furious pace of growth into this country in recent times, catering for the increasing number of Chinese tourists travelling overseas.

Minister for Infrastructure and Transport Darren Chester said opening up aviation capacity in the Australia-China air services agreement had been a top priority since he took up the portfolio.

“These new arrangements will remove all capacity restrictions between Australia and China for each country’s airline which is an important enabler for increased trade and tourism,” Chester said in a statement.

While the most obvious benefit will be for Chinese carriers, who are now free to continue their rapid expansion into this country, Chester noted the new agreement also contained some benefits for Australian flag carriers.

“We have also liberalised traffic rights and code share arrangements, which are important for Australian airlines,” Chester said.

“This will enable Australian and Chinese airlines to service destinations between and beyond both countries, and will allow them to take full advantage of their cooperative arrangements with their commercial alliance partners.

The Australia-China air services agreement was most recently expanded in January 2015, which increased the available capacity for both flights between the major cities of China (Beijing/Guangzhou/Shanghai) and Australia (Brisbane/ Melbourne/Perth/Sydney) as well as between so-called secondary cities in China.

Currently, there are seven Chinese airlines flying to Australia. Meanwhile, there is just one nonstop flight from an Australian flag carrier to China – Qantas’s daily Sydney-Shanghai service, although Qantas will also resume Sydney-Beijing nonstop flights from late January 2017.

Virgin Australia has proposed operating to Hong Kong and Beijing from June 2017 as part of a commercial alliance with HNA Group. However, it has offered few details publicly about their proposed flights.

Sydney Airport chief executive Kerrie Mather welcomed the announcement’: “This decision delivers expanded bilateral capacity ahead of demand, maximising the value to the visitor economy,” Mather said in a statement.

“Today’s announcement will provide further impetus for growth in travel between Australia and China and means that airlines and airports can continue working together to provide more flights and better services between the destinations unconstrained by capacity limits on the number of flights or seats,” Wilkie said in a statement.

“We look forward to continuing to work with the Government and other stakeholders to remove constraints on air access from other markets where possible, in order to facilitate the continued growth and contribution of our airports and aviation industry to the Australian economy.”