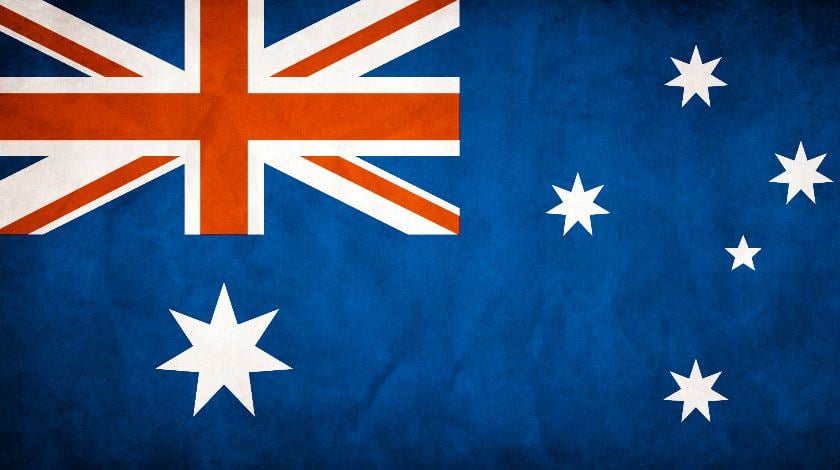 The first part of Australia’s series “Is it time to change Australian aviation rules?” discussed why Australia is changing its aviation rules in order to make it closer to ICAO and European standards. Overall, the change is a great achievement for Australia as it is moving side by side with the international standards. The question which arises next is what the current situation is and what perspectives does this country have in regards to the aviation industry?

Air traffic in the region

The Asia-Pacific region is facing slight growth in aviation industry. The number of passengers rose by 6.7% comparing November and even by 8.1% comparing January to November of 2014 and 2015. The load factor increased by 2.1% and 1.8% respectively. Numbers alarm that the expansion in airlines industry will be needed soon.

Taking deeper look at Australia, the Sydney airport predicts steady passengers’ growth for the upcoming year (2016 – 2033). There is an expected increase of 33.5% for international, 60.8% for domestic and 5.7% for regional passengers. An average annual growth should stay at around 3.4% until the year 2033. 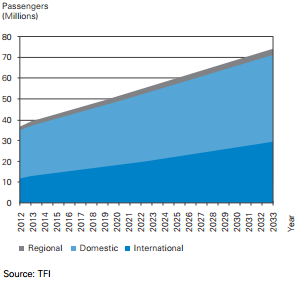 Current situation shows that Australia has 45 operating airlines which hold the fleet of 1175 aircraft in total. There are three biggest airlines in Australia which have the most number of aircraft in the country. The top leader in Australia and the second oldest in the world Qantas was established in 1920. It holds strong position in the region with the 29% of total Australia’s fleet. 147 aircraft are currently owned by the company. It has huge ambitions and plans for acquiring 273 brand new airplanes in the nearest future. The second place with the fleet of 17% belongs to Virgin Australia with 112 aircraft. The company plans to expand and confirms on 36 brand new airplanes in the future. JetStar airlines are the third component to the top three. With 70 aircraft on board it holds 11% of total Australia’s fleet. High ambitions to expand can be noticed as it claims to buy 99 new airplanes.

It is not surprising that the most common aircraft at the moment and in the future will be Airbus and Boeing, which are now also the most popular aircraft in the world. Nevertheless, Airbus and Boeing are sharing the market with such manufacturers as Fokker and Bombardier. Six more manufacturers serve Australian airlines including Hawker Beechcraft, ATR, Embraer, SAAB, Fairchild and Gulfstream Aerospace.

The airlines are making observations and planning on expanding or renewing its fleet every year. Numbers show that A320 NEO and B737 MAX are the most desired aircraft to be used in the future. Five airlines have already announced exact numbers and types of aircraft they are expecting to add to their fleet. Strong market growth gives the opportunity to acquire more aircraft than it is now operating in Australia.

Royal Australian Air Force gives all the credits to Boeing and plans for eleven B737 NG- 800;

Jet Star confirms its commitment to Airbus and plans for ninety-nine A320-200 NEO;

Data shows that the number of Air transport licenses issued decreased almost twice over the year of 2014-2015. It accounts for 30% of the whole licenses issued in the country. The MCC licenses were not issued as the regulation to have one only appeared after CASA changed the regulations of Australian aviation in 2015. 980 pilots got their commercial license in the year of 2014-2015 and the total number of pilots holding commercial license reached 4,357 (18%) in total. The situation in private sector slightly decreases year by year. Nevertheless, it still counts for the biggest number of licenses issued (47% of the license holders).

The overall air sector in Asia-Pacific has a bright future. The air traffic grows enormously compared to other regions causing the incredible development of new airports. The investment level increased by 25% in the world and the Asia-Pacific is the front-runner here with almost 100B USD according to CAPA. One more place where the region cannot be surpassed is in the increasing passenger growth. The air traffic is predicted to double in the nearest future. The important thing is that the pilot shortage appears to be the problem. Airlines are expanding its fleet, new airports are being opened but the ones whose appearance is needed here are pilots.

The opportunities for the Asia-Pacific are as high as ever and Australia takes an advantage from that adjusting to the needs of the industry.