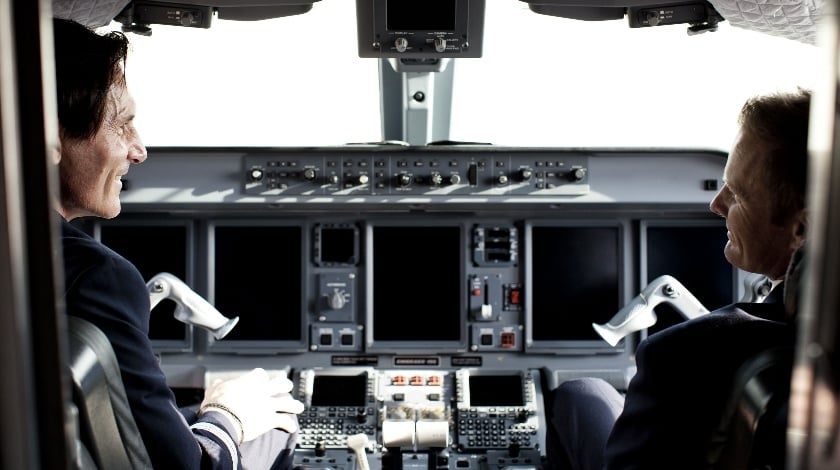 Austrian Airlines will have hired a total of 145 new male and female pilots before the end of 2016. Moreover, it is searching for 100 pilots for the year 2017.

The additional need for young pilots is related to the retraining drive triggered by the integration of 17 Embraer jets to replace the previous 21 Fokker planes, as well as the expansion of the fleet by two Airbus A320 and a long-haul Boeing 777 jet, which is scheduled for deployment starting with the 2018 summer flight schedule.

The pilots hired by Austrian Airlines in the year 2016 were pilots who were already trained. Some had flight experience outside of the Lufthansa Group, but the majority successfully completed their training within the Group however did not have any flight experience (young commercial pilots).

“In 2017, Austrian Airlines will recruit applicants on the market who not possess any flight experience, and will train them from scratch”, explains Jens Ritter, Accountable Manager Austrian Airlines.

“I am pleased that we will be able to give the go-ahead for the European Flight Academy, the new flight school for the Lufthansa Group, where future pilots will commence their basic flight instruction.”

The first course for up to 30 young future pilots will begin on February 6, 2017. The future commercial pilots will complete the theoretical phase of their training in Bremen, Germany. Practical flight training will be held in Goodyear, Arizona in the USA and in Rostock-Laage, Germany, using modern and low-emission training aircraft. At the end of their training, which lasts for about 21 months, they will receive the so-called Airline Transport Pilot License (ATPL). Subsequently, the graduates will have to acquire the license to fly a specific type of aircraft, in which they will begin their flying career at Austrian Airlines.

The job vacancies target both men and women and are aimed at applicants with flight experience (so-called ready entries) as well as those without any flight experience (so-called ab initios). The requirements for potential candidates are EU citizenship as well as a secondary school diploma, vocational diploma or university entrance qualification or subject-specific entrance qualification of the country of origin. Candidates should be at least 165 cm tall, and possess an unrestricted passport. Moreover, they should have a very good command of German and English (written and spoken). People with eyeglasses or contact lenses may only have a maximum of +/-3.0 diopters.

On balance, Austrian Airlines will employ about 1,100 pilots on its staff by the end of 2016. The Austrian Airlines fleet currently consists of 78 aircraft, including 11 long-haul airplanes and 67 short- and medium-haul jets.