Austrian Airlines Aims to Achieve Climate-Neutral Growth as of 2020 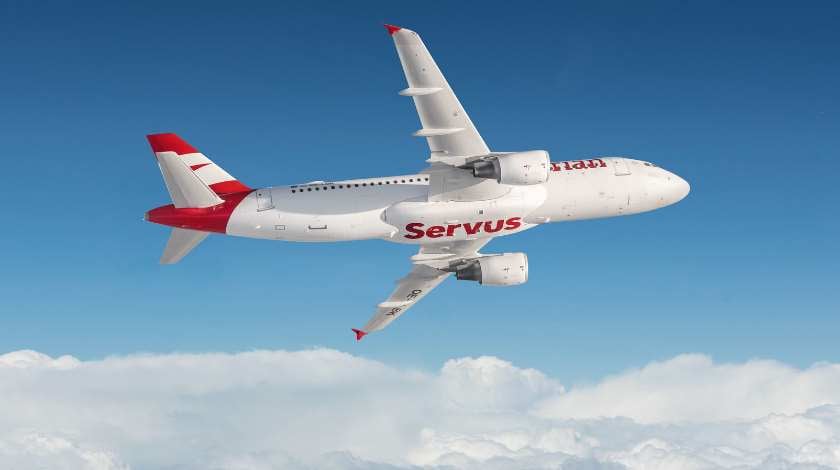 Starting in the coming year, Austrian Airlines aims to grow in a CO2 neutral manner. The Austrian national carrier committed itself to achieving this goal within the context of the so-called “CORSIA” agreement.

The CO2 emissions of the Austrian Airlines fleet increased by 6.3% from 2017 to 2018. However, emissions per passenger were slightly reduced thanks to technical progress and operational measures.

In 2018, the Austrian Airlines aircraft required 3.79 liters of jet fuel per 100 passenger kilometers, compared to 3.83 liters in 2017. The CO2 emissions per passenger on long-haul routes have declined by one-third since 2004. Aviation generally accounts for 2.83% of all CO2 emissions worldwide, and for 0.16% in Austria.

“Nevertheless, we will have to try even harder to further reduce or compensate for our CO2 emissions”, says Austrian Airlines CCO Andreas Otto.

The Austrian Airlines approach to further reducing CO2 emissions is based on three pillars:

1) The further modernization of the fleet. The airline began replacing its Dash turboprop aircraft with A320 jets in 2019. The previous conversion of the fleet from Fokker to Embraer aircraft resulted in annual savings of close to 10,000 tons of fuel and thus 51,000 tons of CO2.

2) Efficiency improvements such as the reduction of weight on board or the fuel-efficient movement of aircraft on the ground (through “single engine taxi-in”). The airline sustainably avoids 11,000 tons of CO2 annually by implementing such measures.

3) The compensation of CO2 emissions. The airline has been compensating for all business trips of its employees since the year 2019.

“Passengers can also compensate for the CO2 emissions of their flights”, CCO Andreas Otto remembers, “but unfortunately only less than 1% of all passengers have actually done so up until now.” Nevertheless, EUR 1.5 million has been invested in compensating for 100,000 tons of CO2 since 2008, when the collaboration with Climate Austria was launched.

In this way projects involving reforestation, small hydropower plants or biomass facilities have been carried out.