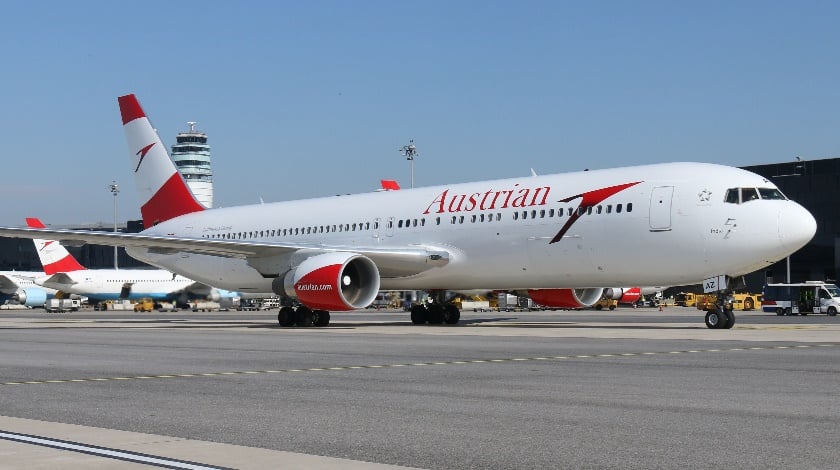 Austrian Airlines generated considerably higher earnings than expected in the first half of 2017.

Earnings before interest and taxes (EBIT) totaled EUR 8 million, comprising a year-on-year rise of EUR 6 million. Adjusted EBIT, the relevant indicator for the 2017 forecast which deducts valuation gains from aircraft sales, climbed to EUR 3 million in the first half-year compared to the prior-year level of minus EUR 0.1 million. The basis for the earnings improvement is the stable price of jet fuel, a significant expansion in the airline’s European business as well as an increase in passenger volume and capacity utilization.

“In the second quarter of 2017, we not only compensated for the unfavorable results in the first quarter but even outperformed the previous year. In particular, we are witnessing an upward trend in our business to Europe and with holiday flights”, says Austrian Airlines CFO Heinz Lachinger.

Results at a glance

Austrian Airlines carried close to 5.8 million passengers in the period January to June 2017. This represents a significant increase of 13.5 percent or about 690,000 passengers from the first half of 2016. This rise is primarily attributable to the airberlin aircraft deployed within a wet lease agreement and the related increase in Austrian Airlines’ European flight offering as well as the expanded bilateral flight traffic between Austria and Germany. The flight offering measured in available seat kilometres (ASK) was up 7.6 percent to close to 12.3 billion kilometres. All in all, Austrian Airlines sold more than 9.0 billion revenue passenger kilometres (RPK), a rise of 8.2 percent from the prior-year level. Capacity utilization (passenger load factor) improved slightly by 0.4 percentage points to 73.6 percent.

Austrian Airlines has been offering flights to Shiraz in Iran since the first half-year, and also added Gothenburg to its route network. The long-haul offering of Austria’s national carrier to the USA has been expanded since April with the addition of Los Angeles. Moreover, Austrian Airlines has increased frequencies to Hamburg, Paris, Milan, Stockholm, Zürich and Tel Aviv.

Austrian Airlines also showed an improvement in reliability compared to the previous year. Regularity of operation amounted to 98.8 percent in the first six months (H1 2016: 98.4 percent). However, the punctuality rate on departure deteriorated slightly, falling to 85.5 percent from 88.1percent in the previous year, and the punctuality rate on arrival was down from 87.1percent to 85.0 percent. The size of the airline fleet rose to 85 aircraft as at the end of June 2017, representing a year-on-year increase of seven aircraft. The number of flights in the first half of 2017 climbed five percent to 68,278, or an average of around 373 flights per day.

The airline was given top ratings with respect to the quality of its service at the renowned Skytrax World Airline Awards 2017. For the fourth straight year, the service provided by Austrian Airlines on the ground and on board was recognized by the first place ranking in the category “Best Airline Staff Service in Europe”. In any case, Austrian Airlines is rated 17th in the global rankings (2016: 19th) of the world’s best airlines.

The total staff of the Austrian Airlines Group including its fully-consolidated subsidiaries totalled 6,713 employees as at June 30, 2017, up eight percent or 490 people from the prior-year level (June 30, 2016: 6,223 employees). The expansion is primarily due to the hiring of new pilots and flight attendants.

Compared to the previous guidance, second-quarter earnings developed better than expected as a result of higher demand. The outlook for advance bookings for the particularly important third quarter also improved.

“We expect an improvement in the adjusted EBIT for the entire year 2017 compared to the previous year’s results thanks to the good second-quarter development and the booking situation for the summer season”, adds Austrian Airlines CFO Heinz Lachinger. Earlier Austrian Airlines still anticipated an overall drop in earnings following its performance in the first quarter of 2017. “All in all, we are well on track from an economic perspective, but have not reached our objective yet. We will have to further improve our financial strength as the basis for the necessary modernisation of our long-haul aircraft”, CFO Lachinger concludes.