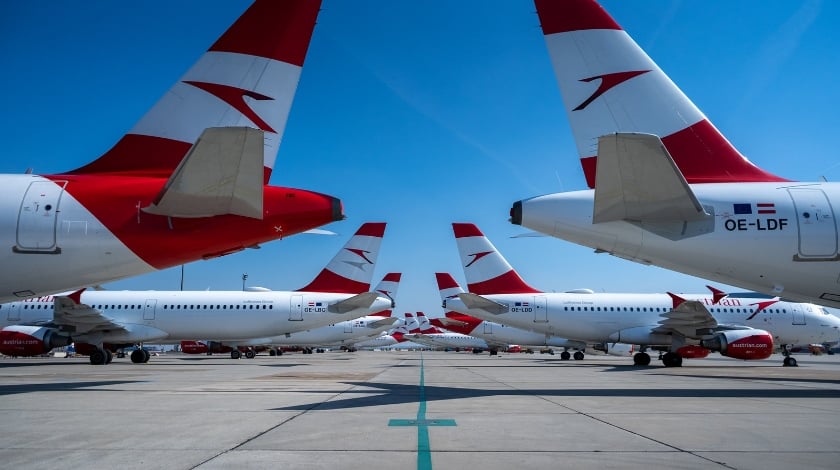 Responding to the crisis, Austrian Airlines is making further steps to secure its business operations. The carrier’s fleet has been on the ground since 18 March, 2020, and now the company is working to realign its fleet for a new start.

The future is still gloomy, it is difficult to forecast when aviation will begin growing again and airlines are not too optimistic about the time when the industry will reach the ‘pre-corona level’ again.

“This year Austria’s flag carrier predicts a 25-50 percent drop in demand. A maximum of 75 percent of the pre-coronavirus level is expected by the end of 2021”, the airline said in a statement.

Currently, the fleet of this Lufthansa Group airline consists of nearly 80 planes. Therefore, in order to begin operations with an optimal amount of aircraft essential for decreased demand, Austrian has initiated early retirement of some planes and even entire types.

In 2019 the carrier has already started phasing out 18 Dash Q400s. Now, in light of the crisis, the company has decided to begin retirement of seven Airbus A319s and permanently decommission three out of six Boeing 767s. The last of these planes is expected to leave the fleet by 2022.

“Since it is mainly smaller aircraft that are being decommissioned, this corresponds to a capacity reduction of around 20%”, the airline provided.

Austrian has extended its operations’ halt until 17 May, 2020.