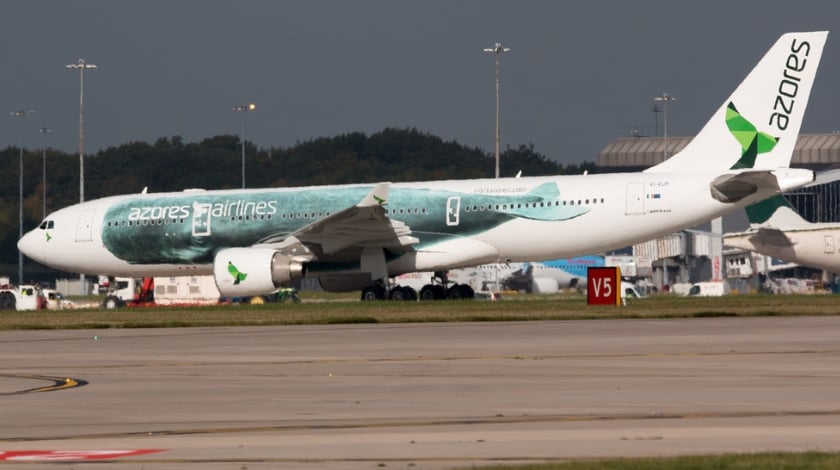 Azores airlines which is fully owned by Sociedade Açoreana de Transportes Aéreos (SATA) is modernizing its short-haul and transatlantic fleet with the A321neo and by 2019 with the longer range A321LR. The decision follows a growth strategy to expand into new transatlantic routes.

Azores airlines has been an Airbus customer since 1999 operating seven A310, A320 and A330 Airbus aircrafts across Europe, Canada and North America.

“Our mission is to bring the Azores to the world and the world to the Azores and we are happy to be investing in the Airbus A321neo aircraft to continue achieving this,” says Paulo Menezes, CEO of SATA Group.

“The A321LR passenger comfort, performance, superior range and fuel efficiency match our long haul as well as regional needs. We have a vision of being ever stronger and more competitive in a demanding global world and also of being able to build an airline of excellence that can make its mark in the world of international commercial aviation and gradually and consistently conquer market share and visibility for the brand.”

“We are very excited about this order which confirms the A321LR as the single aisle aircraft of choice for transatlantic and regional routes,” said John Leahy, Chief Operating Officer Customers.

“No other single aisle aircraft can match the A321LR’s performance, fuel efficiency and productivity and with its wider fuselage passengers will also enjoy the most comfortable cabin experience.

The A321LR, the latest member of the market leading A320neo Family, will be able to fly longer routes of up to 4,000 nm. The A321LR will provide additional flexibility as it will have the longest range of any single aisle airliner, making it ideally suited to transatlantic routes and enable airlines to tap into new long haul markets which were not previously accessible with current single aisle aircraft. First deliveries will start in 2019.

The A320neo Family incorporates latest technologies including new generation engines and Sharklet wing tip devices, which together deliver more than 15 percent in fuel savings from day one and 20 percent by 2020 with further cabin innovations. With nearly 4,800 orders received from 87 customers since its launch in 2010, the A320neo Family has captured some 60 percent share of the market.