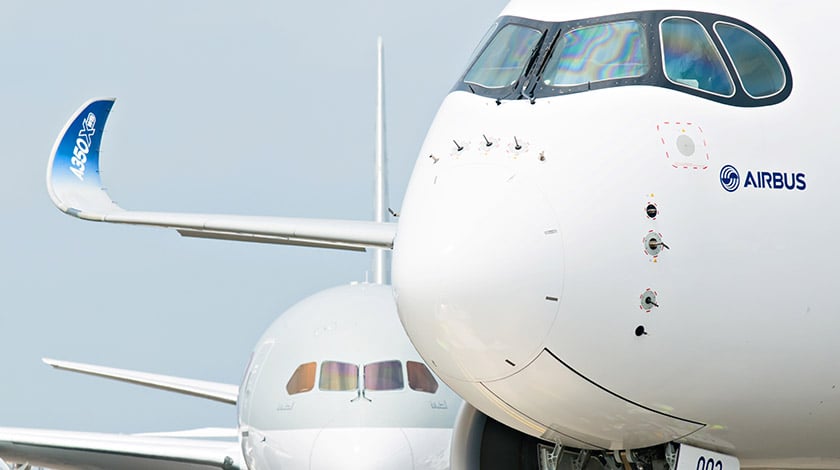 Never-ending competition between two aircraft manufacturing icons, Boeing and Airbus, has already become an integral part of the aviation world followed with great curiosity, especially in terms of commercial aircraft deliveries and orders.

As 2018 came to an end, let’s look through their performance results and find out who lead the year of 2018.

Deliveries. Who Did More?

Compared to the previous year of 2017, in 2018 both manufacturers set their new records in terms of commercial planes delivered.

Nevertheless, Airbus, with a total of 800 commercial aircraft delivered to 93 customers, lagged behind Boeing that succeeded in delivering 806 commercial jets over the same year.

If we take into consideration only these numbers without going into further calculations, Boeing gets the title of the leader. However, in case of looking at the results a bit deeper it appears that Airbus has outperformed Boeing in terms of the growth of deliveries in 2018 compared to 2017. I

It turns out that in 2018 Airbus deliveries were 11 per cent higher than in 2017, while Boeing’s deliveries increased only 6 per cent.

In 2017 Airbus delivered 718 commercial jets, while Boeing was ahead of its competitor with a total of 763 deliveries.

Both companies achieved greatest success in the narrow-body aircraft segment where Airbus delivered 20 A220s and 626 aircraft of the A320 Family, while Boeing delivered 580 members of the 737 Family.

On the orders front, Boeing outperformed Airbus, indeed. With 893 net orders valued at $143.7 billion according to the list prices Boeing left Airbus behind with only 747 net orders.

Despite of losing in terms of the orders, at the end of 2018, the backlog of Airbus commercial aircraft reached a new industry record and stood at 7,577 aircraft, compared with 7,265 at the end of 2017.

As already mentioned, both Boeing and Airbus managed to achieve great results in the narrow-body segment, each manufacturer with its well-known family of aircraft: Boeing 737 and Airbus A320.

Meanwhile the number of delivered 737 family aircraft was 580. Nearly half of the 737 deliveries were from the more fuel-efficient and longer-range MAX family, including the first MAX 9 airplanes. Among the largest customers were: Ryanair, Southwest Airlines, China Eastern Airlines, Delta and many others.

With a seven-year order backlog, Boeing increased production of the popular 737 in the middle of 2018 to 52 airplanes per month. Meanwhile the 737 MAX family achieved a major sales milestone in December, surpassing 5,000 net orders with 181 new sales during December.

What concerns Airbus, its A320 family (with A220 aircraft included) received 676 orders. The most demanded model of the family appears to be A320neo which accumulates 373 orders (almost half of the total number). The biggest order(s) is/are placed by undisclosed customer(s), while other major orders come from: Avolon (75 aircraft); Moxy (60 aircraft); jetBlue Airways (60 aircraft); Vietjet Air (50 aircraft); Scandinavian Airlines (35 airlines), etc.

What about widebody aircraft segment?

Although narrow-body aircraft dominate the market with record numbers of deliveries, orders and the aircraft already in service, widebody planes are not left aside.

While growing the order backlog for nearly every program, Boeing showed particular strength in the twin-aisle category with 218 widebody orders last year. 145 orders out of 2018 were placed for 787 Dreamliner, meanwhile Boeing completed 109 deliveries of the same type in the same year.

Airbus managed to secure 119 orders for its widebodies. 62 out of 119 are placed for A350 type. In terms of deliveries Airbus overcame its rival. Airbus delivered 154 widebodies, with 93 A350s among them.