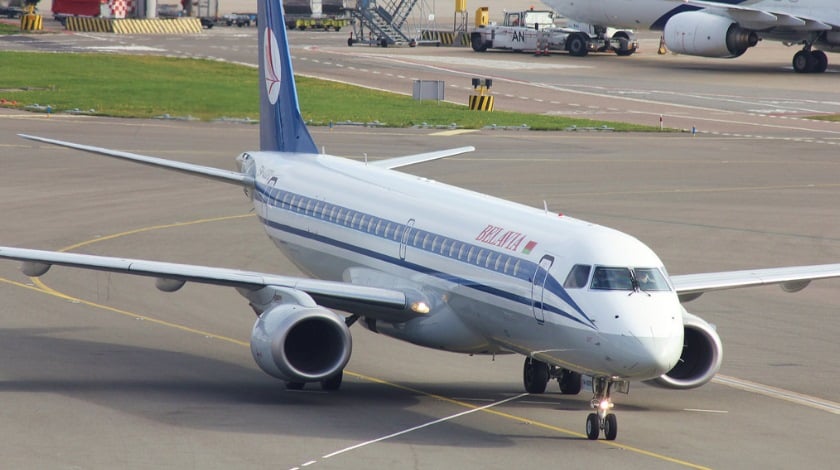 Belavia Belarusian Airlines has once again tapped Embraer to deliver a further firm order for one current generation E195 jet. Set to be delivered in 2018, the firm order, which is valued at $53.5m, follows a previous order for a pair of E-jets — the E175 and E195 models — announced at the Paris Air Show last June.

Once delivered, the fleet of the national carrier of Belarus will comprise of seven aircraft — four E195 and three E175. Additionally, the E195 is expected to replace the existing Boeing 737-500 on Belavia’s fleet.

Martyn Holmes, Embraer VP of Sales and Marketing for Europe, Middle East, and CIS, commented: “To receive a further order so soon after announcing their last order is a great source of pride for Embraer. It confirms that our aircraft and the team that supports them are delivering significant value to Belavia and their customers.

“Belavia’s success continues, their traffic has grown 20% year on year, and Embraer is ready to support further fleet growth and renewal.”

To date, the E-Jets family has received more than 1,800 orders and over 1,400 aircraft have been delivered. The aircraft range has been absorbed into the fleets of 70 customers across 50 countries.

Anatoly Gusarov, director General of Belavia, said: “Our Embraer fleet is allowing us to open up new destinations such as Brussels, but also to increase the number of flights on our existing routes – our customers demand the flexibility that more frequencies provide, not just a greater choice of destinations.

“The Embraer aircraft are delivering high dispatch rates and compelling economics that also allow us to address seasonal fluctuations – plus our customers really enjoy the high levels of comfort the aircraft provides. Embraer is the clear choice for our continued growth.”