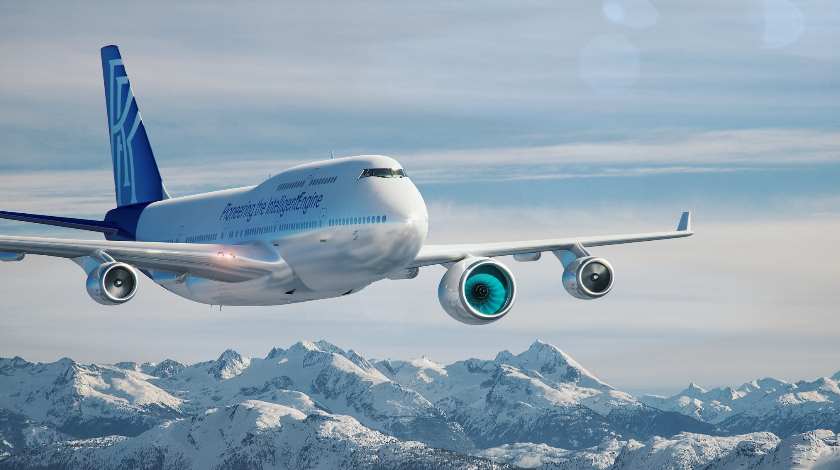 A much-loved Qantas passenger aircraft retired from commercial service this weekend to begin life as a Rolls-Royce flying testbed. The aircraft will be used to test current and future jet engine technology that will transform flight, reduce emissions and set new benchmarks for efficiency.

The Boeing 747-400 – with the registration of VH-OJU – has been in service with Qantas for 20 years as a much-loved member of the Australian national carrier’s fleet. Over the course of its life, OJU has flown more than 70 million kilometres, which is the equivalent of almost 100 return trips to the moon. It has operated to dozens of countries and carried 2.5 million passengers, with each journey powered by four Rolls-Royce RB211 engines.

As a flying testbed, it will be fitted with the latest testing capabilities and for the first time, will test engines which power both commercial and business aircraft. New systems will obtain better data faster than ever before, and technologies will be tested at higher altitudes and faster speeds. Flying testbeds are used to conduct altitude testing and monitor technologies in flight conditions.

Rolls-Royce employees will choose a name for the aircraft, which served its life with Qantas named Lord Howe Island. It will be flown by a crew of specialist test pilots, who combine engineering expertise with decades of experience flying commercial, military and test aircraft.

The new aircraft will support the Rolls-Royce IntelligentEngine vision, where engines are connected, contextually aware and even comprehending, starting from their time on the testbed.

The 747 completed its final commercial flight for Qantas on 13 October 2019 from Sydney to Los Angeles. It then flew to AeroTEC’s flight test centre in Moses Lake, Washington State, US, where it will undergo an extensive two-year transformation.

AeroTEC engineers and technicians will convert the Boeing 747-400 from a commercial aircraft with 364 passenger seats to a state-of-the-art flying testbed equipped with extensive instrumentation and systems to take sophisticated measurements of engine performance in flight.

When complete, the aircraft will work alongside Rolls-Royce’s existing flying testbed, a Boeing 747-200, which has completed 285 test flights to date.

Gareth Hedicker, Rolls-Royce, Director of Development and Experimental Engineering, said: “The Queen of the skies will become the jewel in the crown of our global test programmes. This is a significant investment that will expand our world-leading test capabilities even further and will allow us to obtain more flight test data than ever before. After transporting millions of passengers on this beloved aircraft for 20 years, we’re excited to power it into the future.”

Chris Snook, Executive Manager of Engineering for Qantas, said: “The Boeing 747 has been an integral and much-loved member of the Qantas fleet for many years. We’ve operated almost every variant and while it is sad to see them go, the 747s are making way for Boeing 787 Dreamliners. OJU has proudly worn the flying kangaroo for more than 20 years and we’re delighted that she has a long life ahead of her to help test and support the development of the next generation of aircraft engines.”

Lee Human, AeroTEC president and founder, said: “The AeroTEC team is proud to partner with Rolls-Royce to modify, build and commission this new flying testbed. This airborne laboratory will enable the development and certification of new, highly-advanced engine technologies designed to increase efficiency and minimise environmental impacts. Our engineering, modification, and test teams in Seattle and Moses Lake are already hard at work preparing to bring Rolls-Royce’s vision to reality.”

Rolls-Royce is investing $70m (£56m) in the acquisition and refurbishment of the aircraft. This is in addition to a £90m investment in Testbed 80, the largest and most intelligent testbed in the world, currently under construction in Derby, UK, and set to be commissioned in 2020.