Best and Worst Airlines in the U.S. 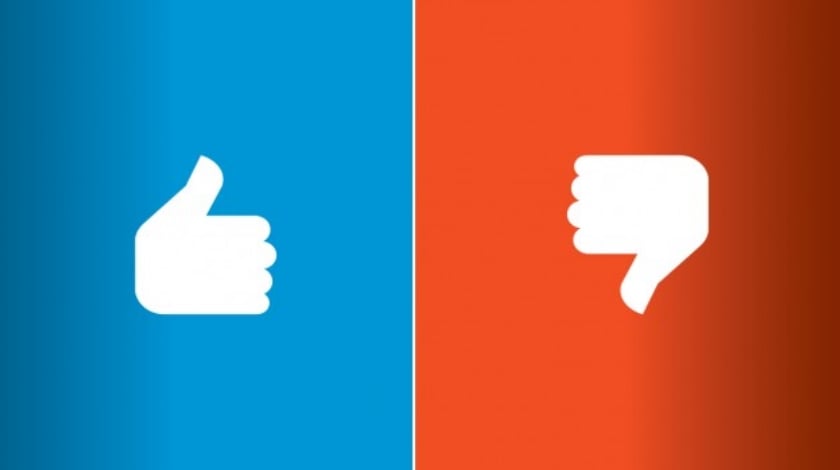 The truth is that not all airlines are created equal. Some try harder, some cut more corners and a few introduce raw sewage to the flying experience. The trouble for travelers is that just browsing horror stories isn’t enough to make sure the same won’t happen to them. How can you tell the difference between a fluke and a careless carrier? How can you tell if that great price is the result of good management or the death of customer service?

With a top ten list of course. The folks over at WalletHub have put together their list of the five best, and the five worst, of the largest carriers in the American skies.

Ever since merging with Northwest, Delta has been one of the biggest players in the American skies. That makes the company the only legacy carrier to break into the top five. (In fact, much of the bottom is held down by Delta’s peers…)

As WalletHub’s analyst Jill Gonzalez pointed out, small airlines increasingly tend to be the more reliable carriers and have the fewest consumer complaints.

But reliability is where Delta shines. Using data gathered from the Department of Transportation, WalletHub compared airlines across a variety of metrics. When it comes to avoiding delays, cancellations or lost bags, Delta left the competition in the dust.

If you want to fly on the fourth best airline in America, you’d best have a very specific destination in mind. Hawaiian Airlines flies only to, from and within the Hawaiian islands.Considering the 11-hour flight from New York to Hawaii, however, it’s probably for the best that this is one of the finer airlines in the skies, or so you’d think… In fact, Hawaiian Airlines scored pretty close to rock bottom on in-flight comforts. Only Spirit and Frontier did worse.When your next competitor on customer service is Spirit Air, it may be time to start freshening up the in-flight mai tais. Hawaiian shines on reliability, though, so you can save your creature comforts for the resort.

For another airline with a regional name, the Seattle based Alaska Air actually serves much of the country. Known for their distinctive grinning tail art, this carrier stands out for its high marks on reliability and is tied for second when it comes to comfort. It also, however, makes waves in a slightly more unusual category.Alaska Airlines is, evidently, the worst carrier to fly on if you have a pet.With 5.22 incidents per 100,000 flights, Alaska the leader in pets lost or killed in transportation. It’s an odd issue to stand out on… and, to be fair, one that will matter to very few travelers (human safety being the priority). It hasn’t seemed to make too big of an impact on Alaska’s fliers though; the company have the fewest customer complaints of any of the ten airlines on this list.

Of course, earlier this month, Alaska bought Virgin America for $4 billion, a deal that, as you will soon read, could greatly enhance the company’s approval rating.

Perhaps the only surprise here is that JetBlue didn’t capture first place. Given that the company is known for its customer first attitude, one of JetBlue’s founding principles was to reintroduce a sense of customer service to air travel. The company didn’t charge baggage fees, kept a bit of extra legroom and gave away soda for free (in the whole can)…at least the airline used to.With a new CEO in charge some of these amenities have gone by the wayside, although the company still takes first place for in-flight comfort. It’s a position of which most carriers would be proud but which, perhaps, should be a red flag for the company whose entire identity is that it flies even friendlier skies. Of course, Gonzalez said, we shouldn’t read too much into a company’s future off of just rankings.

Customers do choose airlines that are better or worse, she said: “But it depends – the best and the worst for what? Price? Comfort? Reliability? Ultimately fliers choose the airline with the same priorities as they have.”

For those whose priority is to fly with the “best,” according to WalletHub they should start by booking Virgin. Yet interestingly, Virgin managed to top none of Wallet Hub’s categories.Instead, the company won by quietly excelling, if not actually dominating, at everything. The company with the colorful website is highly reliable, if not more so than Delta or Alaska, tied for third when it comes to comfort and fairly economical.It all added up.

For those who are looking for an overall great experience, according to WalletHub’s rankings this is the airline to fly. Anyone who positively, absolutely has to be there on time might want to look at Delta, and comfort-cravings might be best satisfied on JetBlue, but there’s only one winner. It’s Virgin America.
Given that Alaska Air bought Virgin America earlier this month, there’s the possibility that these two brands — which both rank highly among domestic airlines — could take their separate strengths to enhance costumer satisfaction.

Frontier is one of a recent class of budget airlines, companies dedicated to providing absolute rock-bottom airfares, but who generally do so by charging for virtually everything else.It’s a business model that relies on a quirk of the airline market. As consumers, we generally care about three things: travel time, reliability and price. We’ll complain about our experience after, but that doesn’t change the dynamic.
Which is how companies like Frontier can post high growth even while scoring on comfort and netting the second-highest complaint rate of the airlines studied. Who got the most complaints?

Spirit Airlines is the carrier that the internet loves to hate, enough that it inspired the “Hate Thousand Miles” ad campaign. Passengers could go to the company’s website and bombard it with complaints and net 8,000 free miles in return.With the highest complaint record in the industry and a 0 for comfort, it’s no surprise that the campaign netted lots of feedback. It’s also, however, no surprise that a lot of those miles got used, because no matter what everyone may say about the company, Spirit is the fastest growing airline in the U.S.

“Spirit Airlines targets a growing market sector,” Gonzalez said, to explain the apparent contradiction. “The low costs seem to compensate for the lack of comfort, backed up by its growth rate. Since the sector is growing, the airline is too.”

Surprisingly, however, there are three more widely loathed carriers than Spirit.ExpressJet is one of them.A semi-regional carrier, ExpressJet sticks mostly to the eastern half of the United States. Rather than operating its own schedules, the company flies as American Eagle, Delta Connection and United Express, meaning that frequently passengers who buy a ticket on one of those three airlines will find themselves on a tiny ExpressJet plane.

That will rarely make them happy, particularly those who have a tight timetable, because ExpressJet ranked second to last when it comes to reliability. The silver lining? Those passengers can afford a drink on their unexpected layovers, since ExpressJet also has the second lowest fares.

Holding down the rock bottom of the list are two of the majors, companies that should know better by now but somehow… don’t.The trouble with seeing a company like American Airlines at the bottom of the rankings is that it has no excuse. This legacy carrier has the history and institutional knowledge to run a better company, but somehow doesn’t.The math in this case is also a little bit surprising. Despite its second lowest score, American Airlines posted middle of the pack reliability and broadly tied for second place on passenger comfort. What really burned it was cost. Selling the third most expensive tickets of any carrier surveyed was almost certainly what dragged American down into the muck, only to be edged out by…

People don’t like United. Just last year it tied for second as the least popular airline in America according to a survey by Airfarewatchdog, and now Wallet Hub has piled on by naming it the worst of the major carriers. With reliability numbers close to the bottom of the standings, and charging some of the most expensive tickets, this was an almost inevitable result for the legacy carrier.

You’d really have to be a masochist to fly United; by booking a ticket, you are taking a gamble on your mental and physical health.Correcting the slide in quality, Gonzalez suggested, is a matter of starting with those reliability numbers. Perhaps the single most important thing about flying aside from safety, passengers need to know that they will get where they’re going at least close to on time.

“Airlines that ranked low should try to improve their records when it comes to the number of cancelled flights, delays, mishandled baggage and denied boarding incidents reported,” she said. “After one bad delay or missed flight, reliability could be prioritized over costs.”

It’s a lesson for airlines to take to heart before next year’s numbers come out.