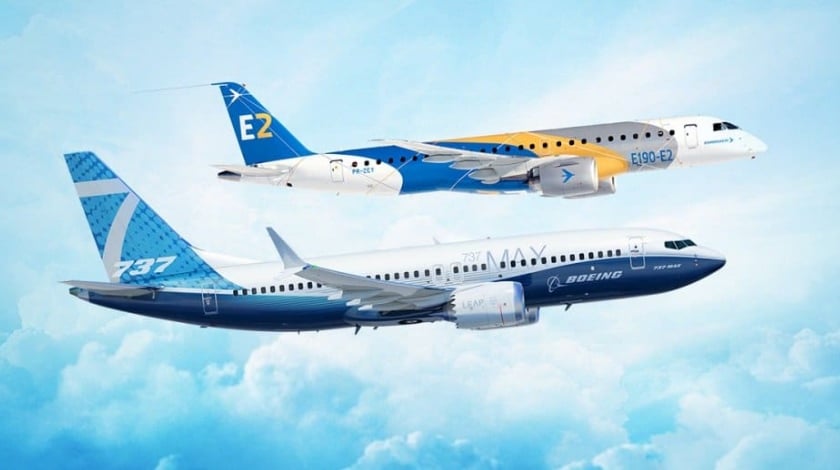 Boeing and Embraer announced they have signed a Memorandum of Understanding to establish a strategic partnership that positions both companies to accelerate growth in global aerospace markets.

The non-binding agreement proposes the formation of a joint venture comprising the commercial aircraft and services business of Embraer that would strategically align with Boeing’s commercial development, production, marketing and lifecycle services operations. Under the terms of the agreement, Boeing will hold an 80 percent ownership stake in the joint venture and Embraer will own the remaining 20 percent stake.

The transaction values 100 percent of Embraer’s commercial aircraft operations at $4.75 billion, and contemplates a value of $3.8 billion for Boeing’s 80 percent ownership stake in the joint venture. The proposed partnership is expected to be accretive to Boeing’s earnings per share beginning in 2020 and to generate estimated annual pre-tax cost synergies of approximately $150 million by year three.

By adding Embraer’s E-Jet family to its portfolio, Boeing will expand its manufacturing base abroad while extending its reach into the market for 100-seat planes.

Airbus took control of Bombardier CSeries jets on July 1, through a joint venture it forged with no out-of-pocket cost. Boeing was left without a comparable offering, while Embraer – Bombardier’s main rival – faced a tough new competitor in Airbus’s global marketing organisation.

In addition, both companies will create another joint venture to promote and develop new markets and applications for defense products and services, especially the KC-390 multi-mission aircraft, based on jointly-identified opportunities.

Finalization of the financial and operational details of the strategic partnership and negotiation of definitive transaction agreements are expected to continue in the coming months.

Upon execution of these agreements, the transaction would then be subject to shareholder and regulatory approvals, including approval from the Government of Brazil, as well as other customary closing conditions. Assuming the approvals are received in a timely manner, the transaction is expected to close by the end of 2019, 12-18 months after execution of the definitive agreements.