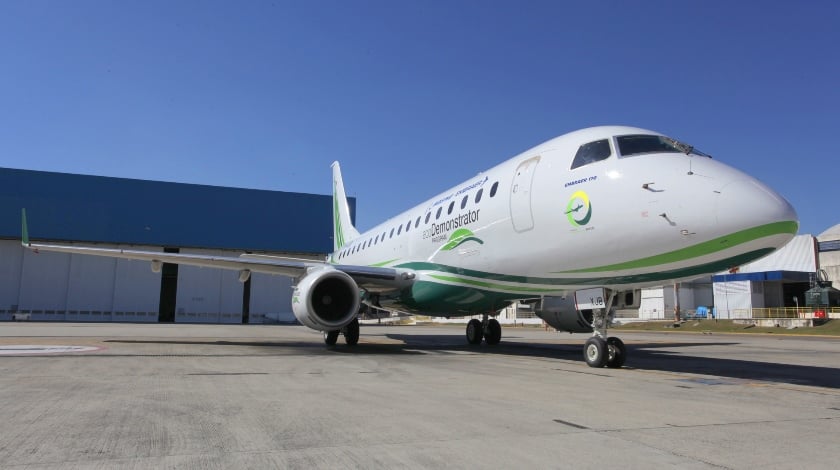 Boeing and Embraer S.A. unveiled the next phase of the Boeing ecoDemonstrator program today. The program expands Boeing and Embraer’s cooperation agreement and will test technologies to improve airplane environmental performance and accelerate their introduction into the marketplace.

An Embraer E170 will serve as the flying testbed and will feature advanced environmental technologies that will undergo operational testing in Brazil during August and September.

“Collaborating with Boeing on the ecoDemonstrator program in the structuring and implementation of new technologies tests reinforces, once again, Embraer’s commitment towards a sustainable future,” said Mauro Kern, Executive Vice President of Operations at Embraer.

“At the same time, as we integrate and test different technologies in a single aircraft, we contribute to consolidate in Brazil a powerful tool to support technological development and innovation – the technology demonstrator platform.”

“As industry leaders, we have a unique opportunity to invest in technologies that encourage our industry’s long-term, sustainable development, while supporting our customers’ environmental goals,” said Boeing Chief Technology Officer John Tracy.

The ecoDemonstrator flights will test several technologies designed to reduce carbon emissions, fuel use and noise including:

The ecoDemonstrator collaboration expands a relationship that began in 2012 when Boeing and Embraer signed a cooperation agreement to benefit their customers, their companies and the global aviation industry. Since then, Boeing and Embraer have supported Embraer’s KC-390 defense aircraft program and improved runway safety by providing commercial customers with tools to reduce runway excursions. Last year Boeing and Embraer opened a joint biofuel research center in São José dos Campos to perform biofuel research and coordinate research with Brazilian universities and other institutions.