Boeing and Lockheed Martin Get Caught Up in USAF Competition 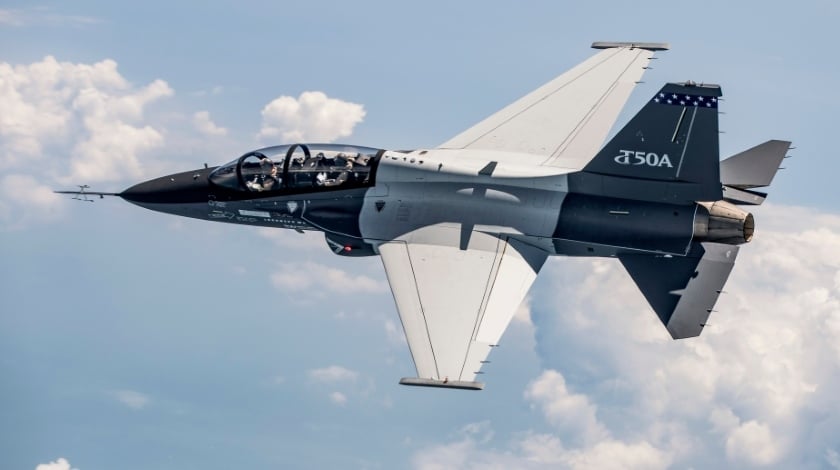 Mixed signals from the Trump administration’s “America First” initiative are creating a confusing economic environment for U.S. companies despite a booming U.S. economy, which could make the “America First” and “Made in America” initiatives unattainable for American business.

President Trump says he wants more U.S. corporations to move production and supply chains back to the U.S., but his recent trade policy decisions are incentivizing some to seek out non-U.S. resources.

Harley-Davidson and Polaris, for example, say they’re planning to move some production to other countries due to aggressive tit-for-tat tariffs between the U.S. and some of its major trading partners.

Whichever contractor USAF chooses could say much about the credibility and viability of Trump’s “Made in America” push.

Lockheed Martin plans to partner with South Korean contractor Korea Aerospace Industries (KAI) in its USAF bid, which means only Boeing — planning to partner with Saab USA — will provide a trainer jet that is entirely American-made (even though Saab is a subsidiary of a Swedish company).

The report said Lockheed Martin officials claim 60 to 75 percent of the jet will be manufactured in the U.S., and will hire more than 200 employees to the Greenville plant to assemble the jet if they win the contract.

By contrast, Boeing claims 90 percent of its T-X jet for the competition is American-made and will manufacture major parts in Dallas, Texas with final assembly in St. Louis, Missouri to create a total of 2,750 new American jobs.

While Boeing may seem like an obvious choice if the USAF decides to pursue a stricter interpretation of the “America First” initiative, the Lockheed Martin-KAI jet may be cheaper.

According to the Korea Herald, Lockheed Martin pressured KAI to cut production costs of the updated T-50A to make their joint bid to USAF more attractive.