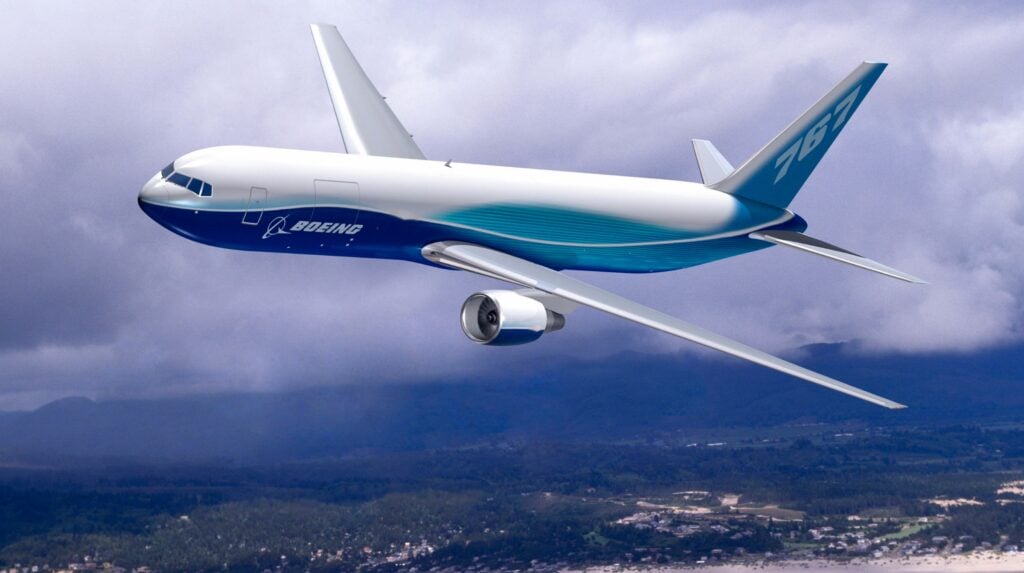 Multiple reports reveal that Boeing is considering the possibility of launching a re-engined Boeing 767 cargo aircraft called the 767-XF. The passenger model of this type is also a matter of study.

According to FlightGlobal, the main Boeing’s focus is on the opportunity of developing enhanced aircraft to serve air freight market.

The new plane should be structurally based on the existing 767-400ER, but powered with two new GE Aviation GEnx engines and introduced with some gear modifications.

Reportedly, the new version of Boeing 767 could enter into service in mid 2020s. However, Boeing did not provide FlightGlobal with any comments on the 767 matter apart from saying that it is constantly monitoring the marketplace.

Perhaps the most intriguing part of the story hides behind the discussions on the upgraded 767 model for passengers.

This new option could be considered as an alternative to the new midsize aircraft (NMA) which should be developed from scratch.

FlightGlobal highlights that if Boeing considered the upgraded 767 model for passengers instead of all-new NMA aircraft, it could “enable the US airframer to allocate its financial and engineering resources” towards developing a new single-aisle plane to replace 737 MAX in the future.