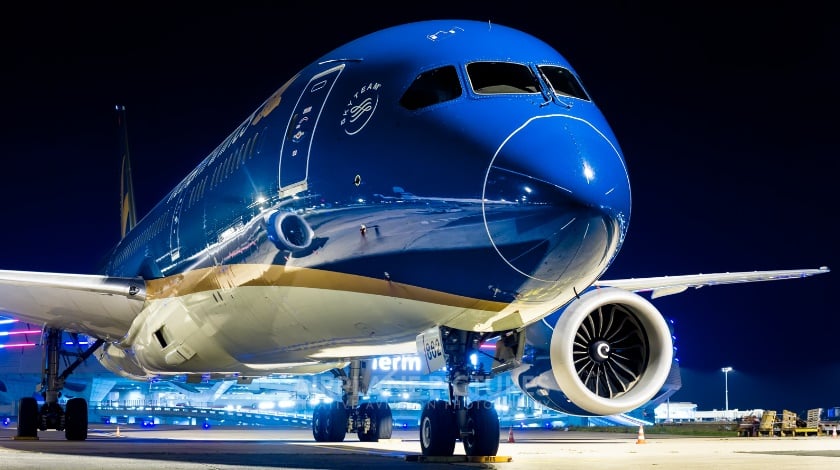 “The 787 is one of the keys to our fleet expansion plans, and plays a vital role in enabling us to offer customers four-star quality of service and establish Vietnam Airlines among the leading carriers in Asia.”

The airline took delivery of its first 787 Dreamliner in July 2015 and has nine more 787s on order.

“The 787 Dreamliner has enabled Vietnam Airlines to profitably operate key routes such as Hanoi to Heathrow and Ho Chi Minh City to Sydney, while providing their customers with the best passenger experience available.”

The Boeing 787 Dreamliner is an all-new, super-efficient family of commercial airplanes that brings big-jet ranges and speed to the middle of the market. Boeing designed the 787 family with superior efficiency, allowing airlines to open new routes profitably and fly directly where passengers wish in exceptional comfort. The 787 family uses 20 to 25 percent less fuel with 20 to 25 percent fewer emissions than the airplanes they replace.

Since entering service in 2011, the 787 has flown more than 125 million passengers on more than 530 routes around the world, including more than 120 new nonstop routes made possible through its efficiency.