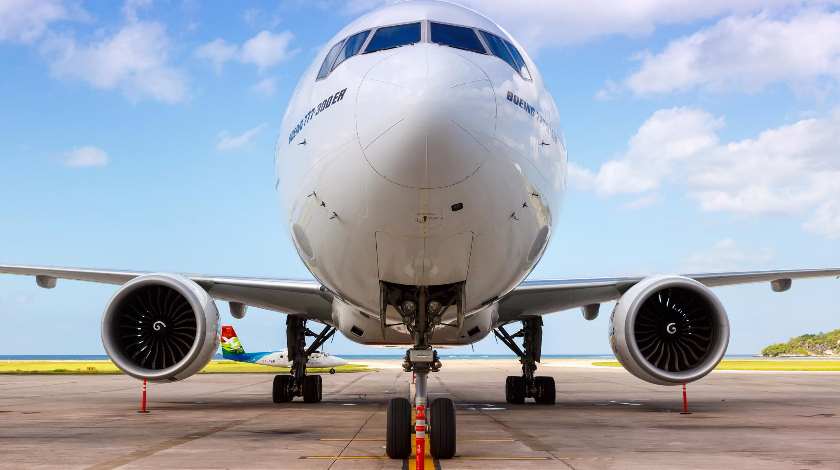 The Boeing Company has announced the deliveries for the year 2019 – 380 aircraft from across all the commercial aircraft programs. This is a 53% decrease compared to the number of commercial planes delivered in 2018 – 806.

After the global grounding of Boeing 737 MAX aircraft following the two deadly crashes, it was not that difficult to predict that 2019 will bring the company a lot of challenges, especially with the MAX program.

Troubles with re-certification of the grounded program, emerging problems with the 737 Next Generation, delays in the debut of 777X. All these contributed to really poor results.

On the orders’ front situation was not much better. In 2019 Boeing reported more cancellations than orders for new planes. Only the order book for 737 planes decreased by 183 jets.

However, the interest in this aircraft type was diminished not only by the safety-related issues. Also, many cancellations were made due to the airlines’ going bankrupt (e.g. Jet Airways).

The year of 2019 appeared to be difficult for the 777 program as well, especially for its newest variant 777X. Although in 2019 Boeing delivered 45 jets of this type (three less than in 2018), it greatly suffered in terms of orders.

Last year was projected to be special for the 777X, which should have debuted and performed its maiden flight. However, not all the plans went the way Boeing wanted.

In light of the MAX crisis, Boeing unveiled its 777X model only for the employees, without any public show. Well, at least the plane debuted.

What concerns its first flight, it did not happen. This time not because of the airframer, but the issues with GE9X engines powering the plane. Due to these problems, Boeing was unable to proceed with the development of the aircraft and was forced to review its timeline for already nearing deliveries.

Most probably these delays played a role for the operators to cancel their orders for the type. The plane was highly anticipated by many airlines because of its range capabilities, efficiency and comfort. But time is money and not every operator could afford waiting.

Some aviation experts believe that the 777 type, especially the 777X program, could become another headache for already ill Boeing.

Good news that not all Boeing programs suffered fiasco in 2019. For example, the 787 aircraft program saw 8% increase in deliveries. In 2018 Boeing delivered 145 units, meanwhile in 2019, it managed to build and hand over to operators 158 planes of this type.

Actually, the 787 aircraft program could be called a Boeing’s “dark horse”. During the initial stages of its development and entering service, the 787 aircraft also experienced much turbulence. Therefore, in 2019, deliveries of this model in particular were the main source of cash for Boeing.

The 787 type has some good news regarding orders, as well. Although Boeing has previously said it plans to cut production rates of the 787 in the future, the type seems to be the only stable one among all the Boeing planes.

Apart from the fact that more 787s were delivered in 2019, the plane also collected a positive number of further bookings. With 113 gross orders and 31 contractual changes, the type end 2019 with 82 net orders.