Boeing Gets Lifeline Order From Russia For 747-8 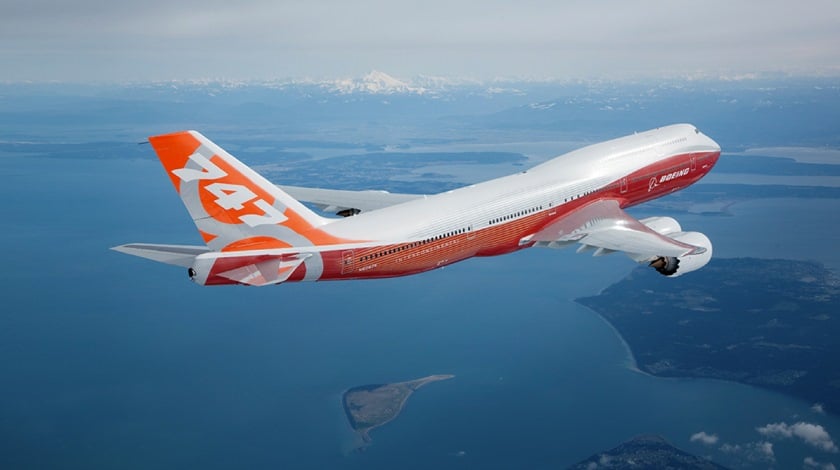 Russian specialist cargo company Volga-Dnepr Group has finalized an agreement for the acquisition of 20 Boeing 747-8 freighters. This underpins the operator’s confidence in the future recovery of the air-cargo market, and provides a much-needed lifeline to Boeing’s beleaguered 747 production line.

The carrier, which has already taken four of the aircraft announced in the package, was the first to order the 747-8 freighter in Russia, and took delivery of its first aircraft in 2012.

The new aircraft will be acquired through a mix of direct purchases and leasing over the next six years.

Boeing also signed an agreement with the AirBridgeCargo and Volga-Dnepr Airlines to provide long-term logistics support for 747-8 and Antonov 124-100 freighters.

“Boeing and Volga-Dnepr Group will also enter into an agreement to look at future services opportunities,” the manufacturer added.

The deal at the air show here is a follow-up to an initial agreement signed at the end of March. In that agreement, Volga-Dnepr agreed to take four aircraft on lease and to order a further 13.

They were not listed in the order book at the time, as financing had still to be negotiated.

It is not yet known if any of the Volga-Dnepr aircraft will be 747s previously deferred by other carriers, such as Atlas, or unsold aircraft already built.

Boeing, which is in the process of slowing down the 747-8 production rate to 0.5 per month, has at least one 747-8 previously unsold so far this year.

Until the Volga-Dnepr contract was finalized, Boeing expected to have another three unsold new 747-8Fs on its hands by the end of 2017.

The revised deal is believed to reflect the sale of these additional aircraft.

Boeing’s decision to reduce production rate from one per month to the new rate reflects the continuing slowness of the cargo market.

Boeing plans to accelerate the rate back to one per month again in mid-2019, based on forecasts of a solid market recovery in coming years.