Boeing, Inmarsat on What to Expect for Future Connected Aircraft 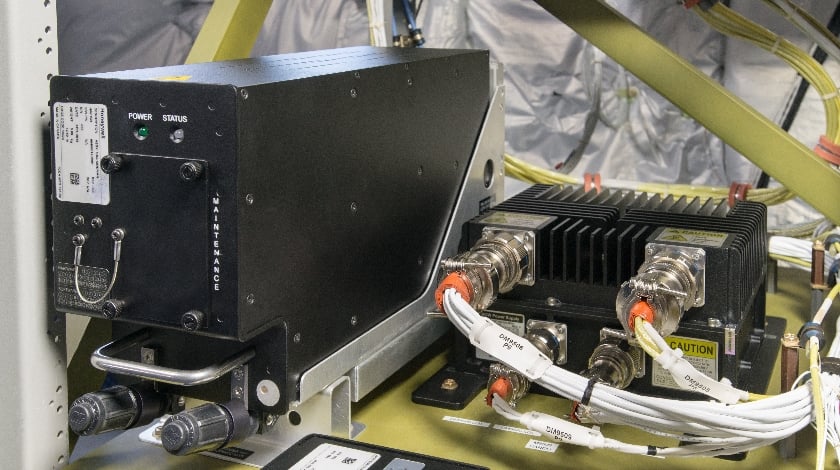 Executives from Boeing and Inmarsat discussed future implications for connected aircraft operations during a panel discussion held at Honeywell’s Deer Valley headquarters last week. Attendees, which were mostly journalists from around the world, received program updates from Inmarsat and Honeywell on the Global Xpress (GX) Aviation network and JetWave onboard hardware.

While the reported global coverage, connectivity speeds capable of 50 megabits per second (Mbps) to aircraft, and other factors associated with the GX Aviation network are well known, the experts from Boeing and Inmarsat on the panel gave some in-depth perspective on the reality associated with actually installing hardware, launching satellites and other activities that make the connected aircraft work and how they’re refining that process going forward. Stephen Call, manager for the technical center for connectivity at Boeing Commercial Airplanes is tasked with looking at available connectivity options and advising the airframe manufacturer on what needs to be done to get ready for what is on the market now and what is coming in the future.

“The airlines are telling us that, through the life of a plane, they will have to take this consumer electronics technology and they will have to take it out and change it five to seven times throughout the life of the plane. So, one of the challenges that they have given us is how can we build an airplane that will better enable them to make the changes for a 20 to 25 year old airframe to deal with the consumer electronics that have a life span of 3 to 7 years in there,” said Call.

One of the primary ways Boeing is meeting that challenge is through industry standards, and providing a standardized form, fit and function for external suppliers looking to provide new connectivity technology for in-production airplanes and future platforms such as the 777X. According to Call, Boeing is currently working with the ARINC industry standards Ku-Ka band satellite subcommittee to provide equipment standards that would allow airlines more freedom of choice for their Internet gateway service provider and associated equipment moving forward. Among considerations are antenna mounting provisions and standardized electrical installation interfaces.

“When we first got into putting connectivity onto the plane, we basically took an existing system and made it fit. And we learned really rapidly the amount of work required to do that was something that we could not sustain; to take everyone’s system and make it fit. So, with active work within industry, there is an ARINC 791 committee that we are working with that establishes provision commonality for wiring and tooling and we adopted that and allow those standards on our plane. When we go out to the supply base now we say here are the provisions on the plane, and we expect you to fit into those provisions,” said Call.

Boeing is also preparing for a standardized introduction of phased array antenna technology in the future, according to Call.

During the panel discussion, Inmarsat Vice President for Aviation Strategy Frederick Van Essen also discussed the reality around airline demand for aircraft connectivity for both passenger and operational use. Van Essen believes airlines are getting tired of all the promises around connectivity.

“They are confused about a lot of messages that are being put out there by everybody in the industry, and they are getting a bit sick and tired of the claim game that is out there with everybody promising the next thing around the corner to be 100 times or a million times better than what is out there today. And I think what it boils down to now is to actually demonstrate and show the airlines what is out there now and what they can get,” said Van Essen.

If the latest reported confirmed orders for GX Aviation equipment are any indication, Honeywell and Inmarsat have been able to prove their claim game is up to par. According to a GX Aviation program update released by Honeywell Aerospace last week, currently 26 different aircraft models are going through certification programs to achieve regulatory approval for the JetWave satellite communications terminal. Air China, Lufthansa, Qatar Airways, Singapore Airlines, and Vietnam Airlines are just several of the airline customers that have committed to adding JetWave to more than 300 combined passenger jets. Airbus is also currently working through engineering and certification activities to make JetWave and GX Aviation an option for all in-production models, and Honeywell is also working with Boeing on a technical services agreement to confirm offer ability for JetWave on the 737NG, 777 and 787.

Inmarsat has three satellites in orbit positioned to provide GX Aviation coverage for Europe, the Middle East, Asia Pacific and the Americas as well as the Atlantic Ocean. A fourth GX satellite is currently completing construction and testing and will be launched in late 2016 to provide additional GX capacity to meet growing demands. The network equates to 89 small capacity-intense spot beams with up to 50 Mbps per beam. But how will that translate to a situation where half the passengers on a 300 passenger carrying aircraft are using the network simultaneously for streaming videos, checking email or other bandwidth-intensive applications? Van Essen said that is one of the reasons why Inmarsat realizes capacity expansion will be necessary in the future.

“GX has been designed as a system that can be scaled up in the future, what has been put in place today is a base layer to cover the world, and from there on we can expand. Ka band is where there is room to grow,” said Van Essen. “We feel that even with the targeted baseline capacity, you cannot serve in the end the really dense regions of the world. That is why we have branched out also in Europe with the European Aviation Network, a combination of satellite with a ground-based complementary network, using antennas on the ground pointed upward using 4G LTE technology which is actually pretty similar to what you have on the ground but then it’s adapted to aviation. And that puts a tremendous amount of additional capacity at your disposal.”

Call also commented on the expected timeline as to when the industry can expect to start seeing Boeing aircraft rolling off of the production line already equipped with JetWave hardware.

“The current plan is to have technical operability, which means the systems are qualified and ready to go, by the latter part of this year — October timeframe — and with that, expect late 2017 or early 2018 to be the first time you see a plane rolling out with the GX system out of our factory,” said Call.