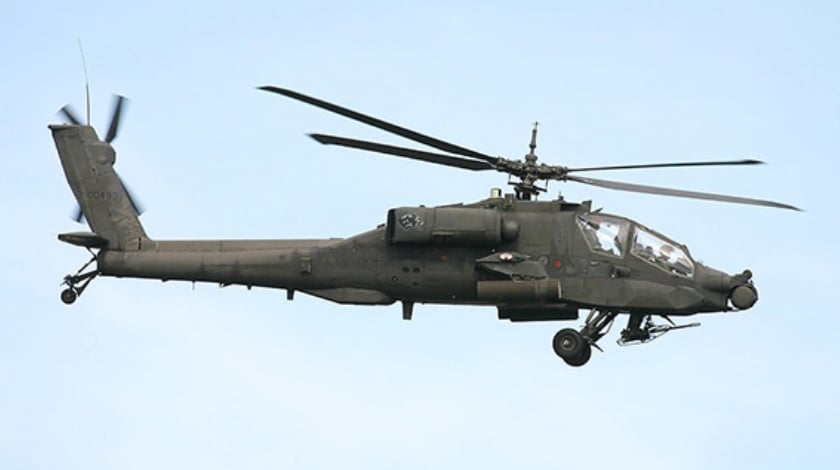 Boeing Co is poised to win a £2 billion ($2.9 billion; Dh10.73 billion) deal with the UK Ministry of Defence for new Apache attack helicopters, according to the Telegraph, which didn’t cite the source of its information.

The Chicago-based aircraft maker may secure the 50-helicopter contract, which includes servicing, the newspaper said.

Italian aerospace manufacturer Leonardo-Finmeccanica SpA had been in the running for the deal to have the helicopters produced at its facilities in Yeovil, England, it said.

A Ministry of Defence spokeswoman said on Sunday that the programme is “in its assessment phase” and that a decision will be made “by this summer.”

The UK was able to reduce costs by attaching the request to a larger US military deal, the newspaper said. Lieutenant-General Gary Coward, previously head of the Joint Helicopter Command, told the BBC last year that Boeing’s offer was “the only sensible option.”

The UK military is trying to balance buying the best equipment with concerns about costs and about losing British expertise in building attack helicopters, as the nation’s only plant is set to deliver its last model next year, according to the newspaper. At the same time, efforts to keep production in the UK may risk delaying delivery.

A Ministry of Defense spokesman told the Telegraph that the Apache programme is still being assessed and an announcement is due this summer, while Leonardo said it was unaware of a decision. Boeing declined to comment in the article.

Boeing shares have fallen 11 per cent this year, compared with a 2.7 per cent gain for the S&P 500 Index.