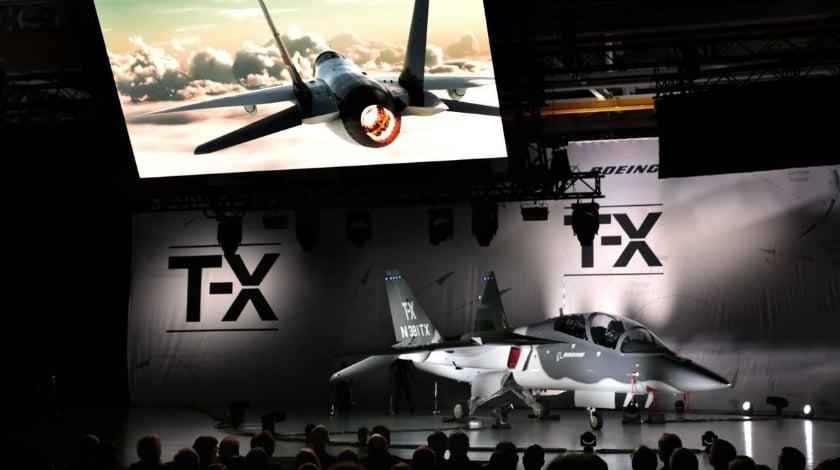 After completing nearly 1,200 test points, the Boeing-Saab T-X training jet is on pace to make its first flight before the end of the year.

The T-X trainer finished up its afterburner engine tests last week, Defense News reports, and just a few substantial tests stand between now and the plane’s inaugural flight. Next, the team will test how the engine responds to typical flight procedures such as takeoff, climb, and landing, before collecting data on how the plane responds to simulated system failures.

A slew of competitors are also vying for a contract from the Air Force, including Lockheed Martin and Raytheon, who have made bids with less risky plane designs, Defense News notes. Northrop Grumman, however, is also competing with Boeing on a clean-sheet design.

Boeing officials emphasized that the clean-sheet design is crafted to meet Air Force thresholds and guidelines.

For now the bid design is a bare-bones product: “It has no radar, it has no weapons, it is not doing anything except advanced fast jet training,” Tom Conard, Boeing’s T-X team leader said during a Tuesday briefing. The T-X aircraft features one engine, twin tails, stadium seating, and an advanced cockpit with embedded training.

The winning bid—an estimated $11 billion contract, according to the Wichita Business Journal—will replace an aging fleet of Northrop Grumman T-38s. The Air Force expects the incoming fleet to be operational by 2024.